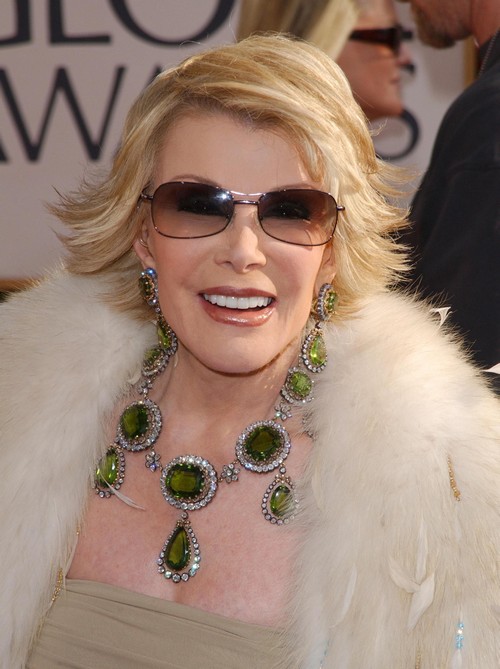 Joan Rivers was one of our most celebrated comedians, and news of her death hit everyone hard. It was shocking because nobody expected it, and nobody thought that someone who was still so vitally healthy could die due to a relatively minor surgery.

Joan was getting her vocal chords operated on, and she went into cardiac arrest during the procedure. She then had to go on life support, but unfortunately, she just never regained consciousness.

New reports have now come to light that it was an unplanned biopsy that caused Joan’s death, with sources telling the New York Post that the doctors made a ‘risky, spur-of-the-moment‘ decision to cut a polyp-like growth on her vocal chords – without her permission, mind you.

The Post’s source explained that the incision is what led to the vocal chords getting seized up, which then led to her going into cardiac arrest. The sources add, “A biopsy is throat surgery, and at her age should have been done in the hospital. It was not planned, and doing it anyway was bad medicine.”

There are various opinions weighing in on the safety of doing an unplanned biopsy, but suffice to say, it was a bad idea on Joan’s part. The doctors didn’t even get her permission to do the biopsy, and nobody should make split-second decisions when it comes to the health of a 80+ year old. The whole surgery was only supposed to be for doctors to find out why Joan’s throat was so raspy, but they inadvertently ended up causing her death by going too far.