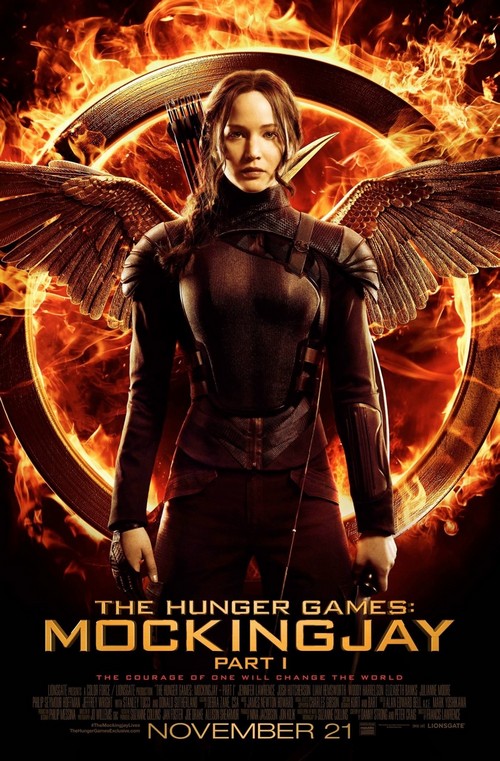 The Hunger Games: Mockingjay is one of the most anticipated film releases of 2014, and the marketing material has thus far lived up to the hype. The final poster was released this morning, as was the ‘countdown’ to the trailer. The countdown carried a brief snippet from the actual trailer, but the poster – well, saying that it’s badass wouldn’t be doing it justice.

The poster is different from previous Hunger Games posters, in that it’s not superimposed on Katniss’ face surrounded by fire and shooting a bow and arrow. Instead, it shows her standing tall and looking straight at the camera, wearing battle-ready armor and carrying her bow. The way the poster is placed makes it look as if she’s wearing wings, but obviously, that’s the purpose. The Mockingjay has arrived, indeed.Now, the teaser is one of those small clips that just teases the actual trailer, which doesn’t release for another five days. We hear President Snow’s creepy voice intone in the background, ‘Miss Everdeen, it’s the things we love most that destroy us.‘ Meanwhile, Katniss is in District 12, and picks up a white flower with tears in her eyes. Non-book readers would just think she’s just crying over the loss of her district, but book readers know that the flower was actually send by President Snow – a reminder that no matter where she is, he can always get to her.