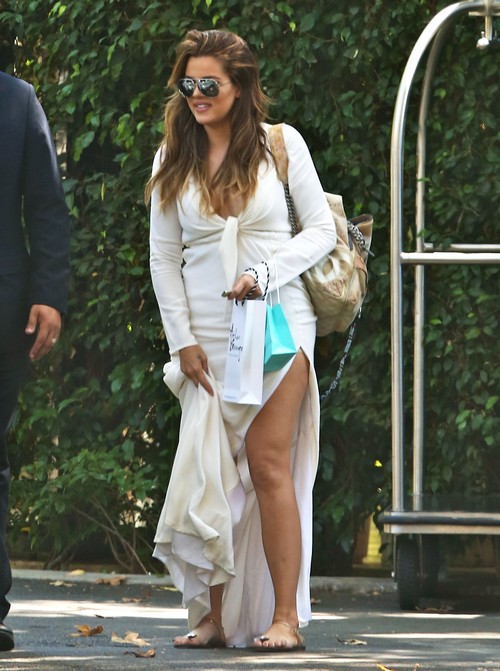 Khloe Kardashian and French Montana broke up a few days ago, supposedly because French was getting too clingy and dependent on Khloe. In other words, Khloe realized that he’s just a giant gold digger and dumped him before he had the chance to use her further.

However, TMZ reports [via Page Six] that the main reason that Khloe and French broke things off is because Khloe still isn’t over her ex-husband, Lamar Odom.

Khloe and French started dating in April, but TMZ’s sources claim that Khloe felt their relationship was moving too fast. Since her feelings for Lamar hadn’t yet died down by that point, she was basically just using French as a rebound – even if the relationship meant much more to him.

It’s been almost a year since Khloe filed for divorce from Lamar, but we all know that she only broke up with him because of his affairs, drug use, and downward spiral. Even his marriage couldn’t save him from going down that path, and Khloe divorced him because she no longer wanted to be tied to his toxic mess of a personal life. But considering that they were married for years before he started cheating and doing drugs, it’s understandable that she’s still not over him. She didn’t divorce him because she stopped having feelings for him, she divorced him because she had to. And to her, French was just a temporary distraction, which is why she dumped him as soon as he stopped serving his purpose.

Of course, several sources claimed that Khloe and French were on a ‘break’, so perhaps she’s willing to give him another chance in the future.