Robert Downey Jr. Opens Up About His Son’s Drug Addiction 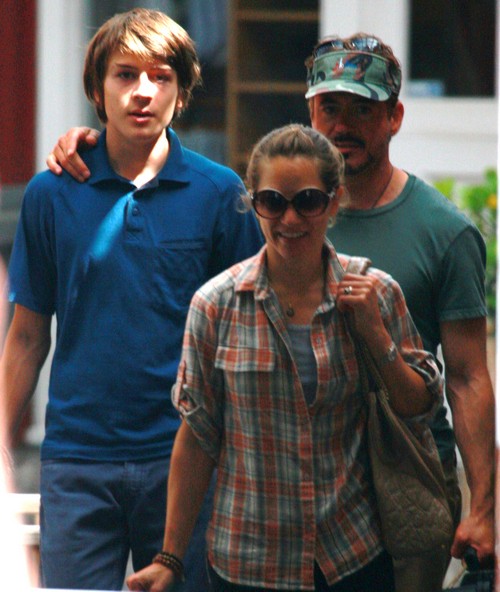 Robert Downey Jr. has always been incredibly open about his own addictions and demons, and he’s refusing to shy away from dealing with his son’s drug addiction. A couple months ago, Robert’s elder son, Indio Downey, was pulled over and charged with felony drug possession [for carrying cocaine]. At the time, Robert issued a statement saying that this sort of drug abuse clearly runs in the family, and that he and his family were doing their best to help Indio recover.

According to reports, Robert quietly enrolled Indio in a rehab program, and we haven’t heard much about the situation since. However, Robert now covers Vanity Fair magazine in advance of his new film The Judge, and he once again discusses his son’s drug problems.

He explains, “He’s his mother’s son and my son, and he’s come up the chasm much quicker than we did. But that’s typical in the Information Age; things get accelerated. You’re confronted with histories and predispositions and influences and feelings and unspoken traumas or needs that weren’t met, and all of a sudden you’re three miles into the woods. Can you help someone get out of those woods? Yes, you can. By not getting lost looking for them.”

As usual, RDJ does speak somewhat in circles, and a lot of what he’s saying is never direct. However, his main point comes across – his son was predisposed to this kind of behavior, but he’s doing his best to recover with the love and help of his family. What more can he say about the subject without delving into matters that are too personal to share with the press?