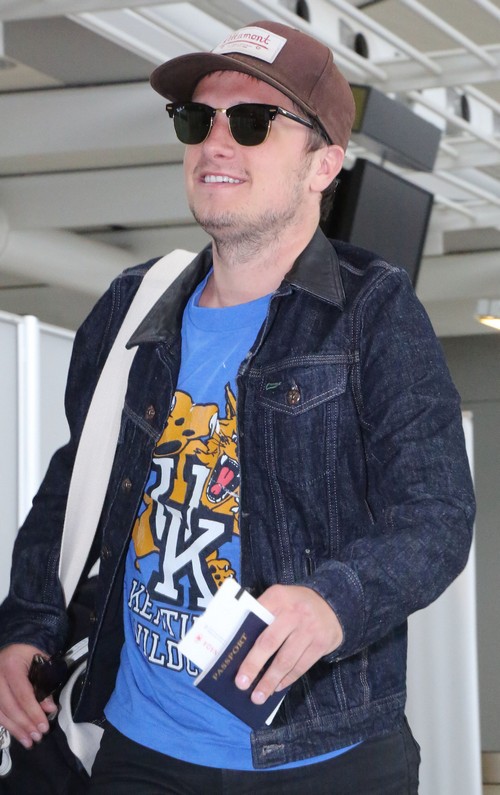 Josh Hutcherson and Jennifer Lawrence are incredibly close after filming The Hunger Games series together, so it makes sense that Josh would defend J.Law in the very public nude scandal that has dominated the Internet for the past week.

While promoting Paradise Lost at the Toronto International Film Festival, he told ET Canada, “I just think all that stuff is so ridiculous. We’re people too, man, we just want to live, we want to be normal people, it’s not fair. We are actors, we didn’t get into this because we wanted scandal. We want to live our lives and be actors.”

He also cites the fact that most people say that celebrities ‘asked’ for it when they decided to become actors, but he rebuts that assumption. He explains that he was nine years old when he started acting, and Jennifer was twelve. Are a nine-year-old and a twelve-year-old supposed to be thinking about public scandal and invasion of privacy when they’re pursuing something they love? In that regard, should you or I get crucified in the media and get all our secrets leaked because we just *happen* to be in the public eye?

Josh certainly makes some very good points, but to be honest, people still don’t know how or why those nude photos got leaked. It’s clear they got hacked, but to what extent? Was it a targeted attack? Whatever it was, it’s a crime and it should be treated as such. Unfortunately, many people on the Internet have taken to victim blaming, citing the whole incident as Jennifer’s fault for taking the pictures in the first place. Do you think these same people would be saying that if her credit card information got leaked? No, which makes it that much more hypocritical to be criticizing these celebrities of doing something in their private time that is nobody’s business but their own.