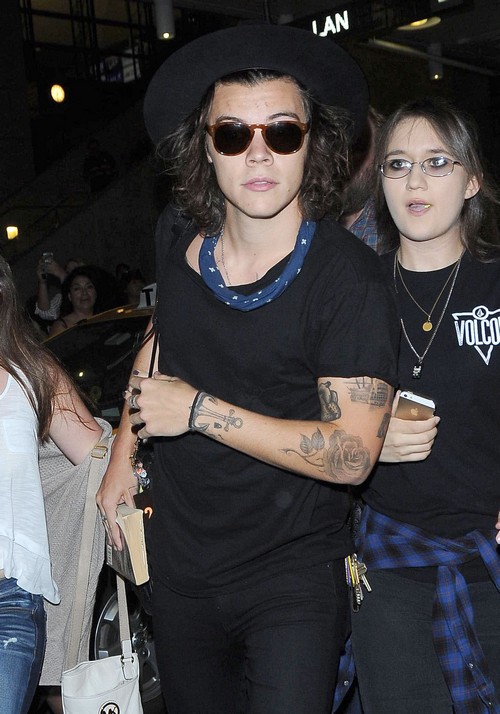 Harry Styles has gone through just about every female singer in the music industry, so what’s another notch added to his belt? According to OK! Magazine, Harry’s now trying to go after Ariana Grande, even though she’s supposedly dating Big Sean.

Now, Big Sean claims that he’s dating Ariana, but she has remained curiously mum about the situation. So does Harry have a chance?

Well, OK!’s source claims that Big Sean hates that Harry’s ‘wooing‘ Ariana, and has been threatening him to stay away. However, Harry has never let a little competition stop him before, so why would he start now?

This is all assuming that he would ever want to date Ariana, of course. To be honest, I don’t think she’s really on his radar. The guy couldn’t even deal with Taylor Swift, so I doubt he’ll be able to put up with Ariana’s rumored ego. She’s matching Mariah Carey in terms of diva behavior, and Harry’s way too laid-back to put up with that kind of excess ego on a regular basis.

Besides, with a few notable exceptions, Harry does tend to date much older than him. Sure, there’s an anomaly every now and then, especially with singers – but by and large, he always dates women that are above 30. He’s even admitted that he enjoys dating older women, and I don’t think he’ll stop just because of the backlash.

Granted, if he was ‘after’ Ariana, she would totally reciprocate. The girl loves her attention, and she would get a TON if she dated Harry Styles. She would also get a lot of hate from crazed One Direction fans, but that’s another conversation.