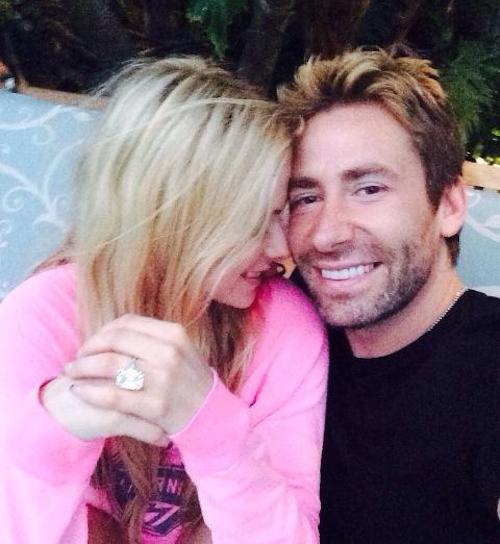 The Canadian Lord and Lady of Hot Topic and are thisclose to calling it quits. Avril Lavigne and Chad Kroeger are getting a divorce in the near future according to the crystal ball at Us Weekly.

I should have left the “?!” off the title, because, really, if these two do end up getting divorced the proper punctuation would be #FeignedShock.

Those loose-lipped insiders revealed to the mag Chad says, “It’s over.” Apparently, Kroeger is using the news as a conversation opener. “He has been going around L.A. telling people that they are divorcing,” the source added. The details are pretty lacking, but I am guessing Avril grew tired of Chad using up all the Clairol Nice’ n Easy with Color Blend Technology in ‘Natural Palest’.

Hollywood Life claims the split is looming because the couple has been attached at the wallet chain lately. Avril even had the nerve to “party with a bunch of her girlfriends.” How dare she? “She looked like she was having a fun time but it’s kind of strange because she hasn’t been out in public with Chad for some time now,” continued the source. And, Alert the Elders at the Temple of Urban Decay Eyeliner, because Avril wasn’t wearing the obnoxious 17-carat diamond ring Chad gave her for their one year anniversary in July.

It’s amazing how little 17 carats gets you these days. Barely two months of happiness before someone cries into their Pumpkin Spice Latte and wails, “We are both Canadian super stars! We are meant to be! Why doesn’t she want to spend every moment with me? WHYYYYYY???” while the barista blinks slowly and responds, “Dude, I just wanted to know if you needed a napkin.“

Don’t get out your black veils of mourning just yet. While Us claims they are on the road to divorce, those pesky sources added, “They aren’t in a rush to file divorce papers.”