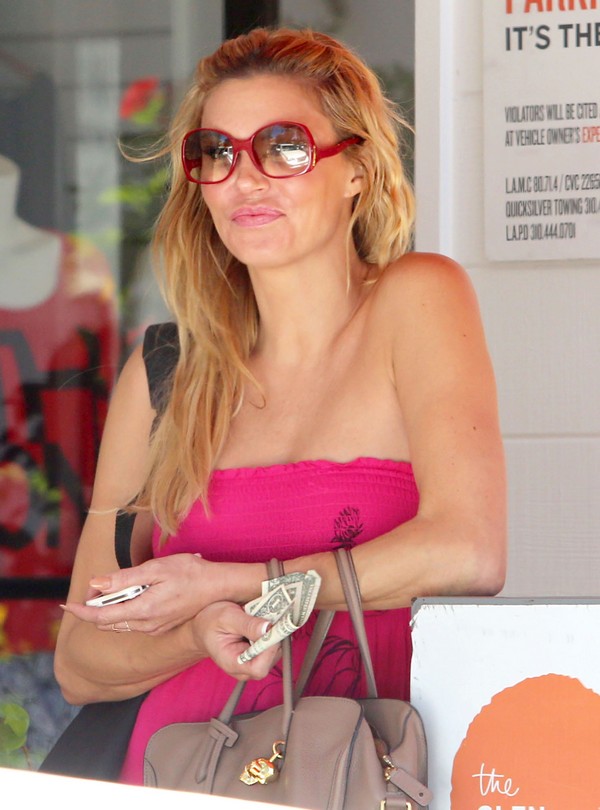 LeAnn Rimes continues to pretend as though she’s sooo over the whole rumor mill. Woman, you’re starring in a reality show – your career and livelihood DEPENDS on the rumor mill! But what’s even funnier than LeAnn’s refusal to acknowledge her D-list reality star status is her continuing stalking of Brandi Glanville. LeAnn loves to pretend as though she doesn’t care about Brandi, but her actions say otherwise.

So LeAnn apparently started going to a new Pilates studio. She tweeted, “Already sore from Pilates @kikicaldas only did it 3 hrs ago.  #detoxbath & Advil are going to be needed soon LOL.”No big deal, right? Not so much. Apparently, that’s Brandi’s Pilates studio! Brandi later tweeted, “Some1 has wanted a reaction from me 4 forever so here it is -Welcome 2my tiny pilates studio that I’ve been going to for 12 yrs!! #Stalker.”

First of all, these two need to learn some grammar and stop typing like teenagers. Second of all, their passive aggressive Twitter feud continues! There was a break for so many months, but it’s back in full force.

Also, how creepy is it that LeAnn actually stalked Brandi to her Pilates studio – IF Brandi’s telling the truth, of course. No doubt, we can expect LeAnn to retaliate with some scathing remark soon enough, but if she did stalk Brandi to her new gym, then clearly she’s not over the whole Brandi thing. She’s probably still jealous of Brandi, and insecure enough that she’s worried about hubby Eddie Cibrian leaving her for Brandi – especially now that Brandi is a much more ‘successful’ reality star than her. But following her to her gym? Man, that’s a whole new level of obsessiveness. If I was Brandi, I’d hire a full-time security guard to keep LeAnn away from me.