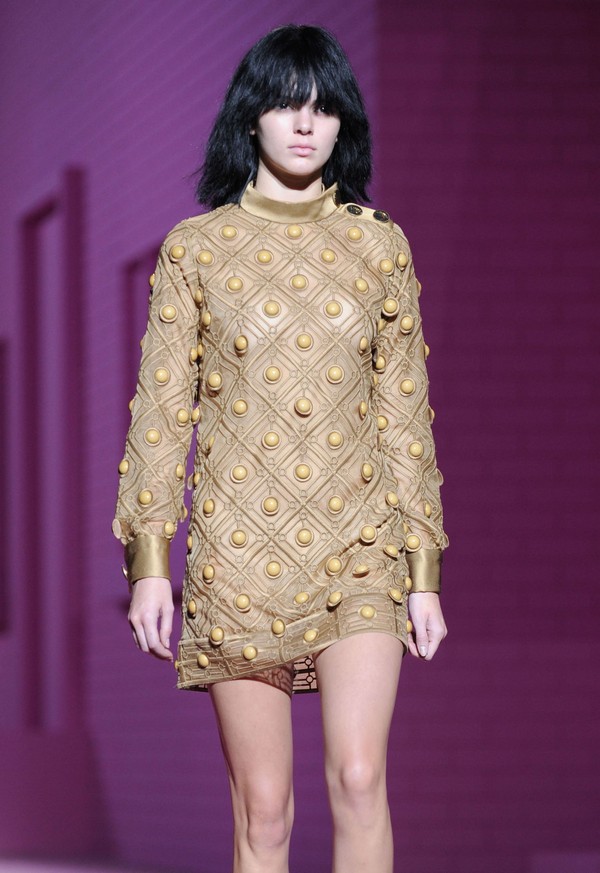 Kendall Jenner is continuing her quest to become a well-known, respectable model. She dropped the Kardashian and Jenner connection from her name, and she’s trying her best to go at it alone, without the help of her family. But unfortunately, the other models don’t quite agree, and they’ve started ragging on Kendall because they don’t think she’s earned her keep.

See, Kendall walked the runway for Marc Jacobs at the New York Fashion Week, and she reportedly got pranked by some of the other models there.

A source told In Touch Weekly, “The other models worked so hard to get a spot on the runway and didn’t think it was fair that she was there. Some [of the models] put out their cigarettes in Kendall’s drink! They thought she was getting special treatment and just weren’t OK with it.”

Yeah, I don’t blame the other models for feeling that way – Marc Jaobs does love himself some Kardashian, and it’s clear that he’s showing Kendall favoritism. She’s not particularly talented at catwalk, and she’s not built enough of a resume that doing such a major show so early in her career makes sense. But putting cigarettes in Kendall’s drink? That’s harsh, man. That’s really harsh. That’s way worse than hazing, which is sometimes normal for new models. This probably goes against some sort of legal rule pertaining to backstage behavior for shows, but what’s Kendall going to do? Rat them out and risk being known as the tattle tale? Nah, she’ll just put up with it because she wants to be a respected model so badly. I just hope that she figures out a way to earn the respect of these people before they do something even worse to her.