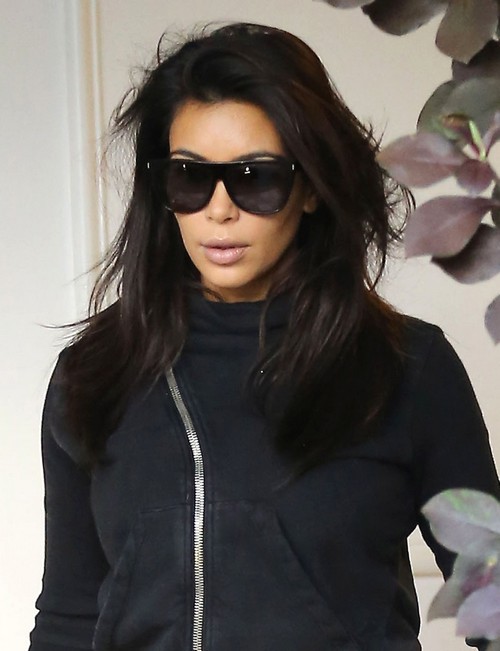 Kim Kardashian’s nakedness is making another round on the net. Not that we haven’t already seen every inch of this woman courtesy of a sex tape and televised butt-sonogram which answered the question, “Seriously! Who does that?”

Hackers reportedly lifted images of Kardashian nude and were then posted on 4chan and Reddi Saturday. They were swiftly removed as courtesy to mankind.

Kim is just one of the many celebs enduring the growing leak of nude celebrity photos. Aubrey Plaza, Hayden Panettiere, Mary-Kate Olsen, Lake Bell, Avril Lavigne, Kaley Cuoco and Leelee Sobieski have all allegedly joins the list. Vanessa Hudgens was also name dropped, but this isn’t her first time on the battle field.

The timing of the pictures is believed to be B.K. – Before Kanye, as she is not wearing an obnoxiously sized ring. Reps haven’t commented yet, but I am sure we will be getting some self-tanner smudged denial they even exist.

Clay Aiken was throwing boxes of shade at the scandal during an interview. He put on his best BETTA THAN THOU ART face and stated the celebs who have had their private photos shared with the world against their will, “Got what they deserved.” I’m sure he has an “Oh, honey” and a “Bitch, please” he is Fedex-ing right over.

This is hardly shocking. What would truly make the world gasp and clutch their pearls is images of her own kid’s diaper or wearing something that wasn’t horribly ill-fitting.