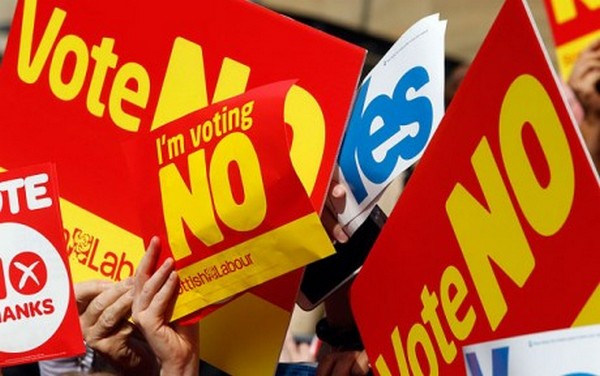 In a historic turnout, Scotland has voted No in the Independence Referendum today, turning down the option to gain independence for the first time in over 300 years. For the past three centuries, Scotland has been part of the United Kingdom, which also encompass England, Northern Ireland, and Wales. But even with the option of going solo, it seems that most Scottish citizens opted for the security of staying with the UK.

There were obviously a lot of political and economic ramifications of going independent, and Scots like J.K. Rowling were vehemently against it. But there were other celebrities like Andy Murray and Outlander star Sam Heughan who were strong proponents of the ‘Yes’ campaign, but the country did decide for the ‘No’ on a pretty clear majority.Anyway, the royal family was obviously very invested in the outcome, and the Queen reportedly watched the results from Balmoral – ironically, in Scotland! I’m sure she didn’t want to lose her Scottish retreat, considering how much time she actually spends there! But alas, she didn’t have anything to worry about. 55% of voters wanted to remain in the UK, and 45% wanted to get independence. In the end, Scotland will stay with England, and the Queen will get to keep her Balmoral castle and rule over the ‘United’ Kingdom – not just… Kingdom? I guess ‘Kingdom’ + Wales + that one part of Ireland. Doesn’t quite have the same ring to it, does it?

What do you guys think about the results of the Scottish referendum? Pleased? Unhappy? Don’t care? Let us know your thoughts in the comments below.