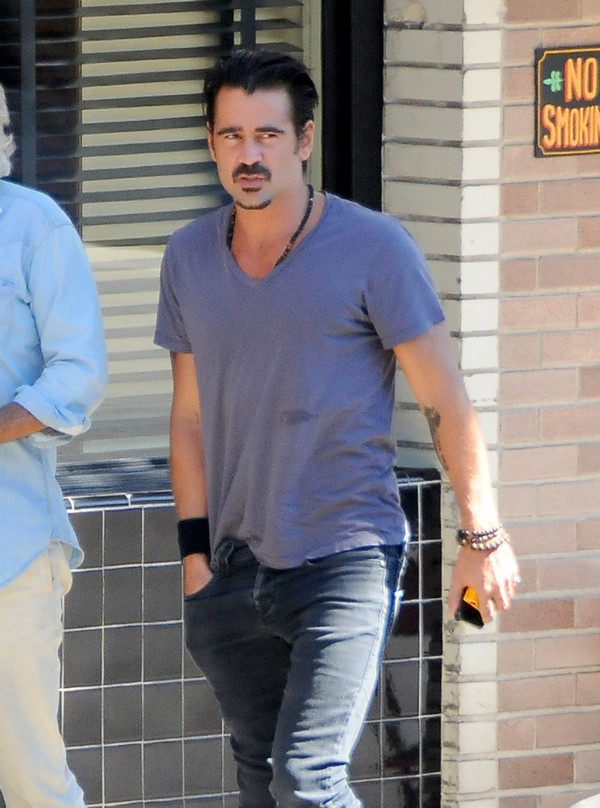 Speculation surrounding casting for season 2 of True Detective has been kicking around for the better part of a few months now, but we finally have some confirmation! Drumroll please, aaanndddd Colin Farrell!

There are reportedly three male leads and one female lead for the show, and practically ever B+ or A- list movie actor is trying for those roles in order to reboot their careers. Rumors of Jessica Chastain or Brad Pitt taking the roles were way too premature because – and I say this in the nicest way possible – why on earth do they need it? They’re big time movie stars with movie star careers and Oscar glory awaiting them at the end of every awards season. They don’t need True Detective, no matter how much the media tells us otherwise.

However, actors like Colin Farrell – really talented, but vastly under-appreciated? Definitely need it more. In fact, the three names that were initially rumored for the lead roles were Colin, Vince Vaughn, and Taylor Kitsch.

Colin went ahead and confirmed the news to an Irish newspaper, explaining, “I’m doing the second series. I’m so excited. I know it will be eight episodes and take around four or five months to shoot. I know very little about it, but we’re shooting in the environs of Los Angeles which is great. It means I get to stay at home and see the kids.”

Almost every actress under the sun has been rumored for the female lead, but Rosario Dawson and Rachel McAdams are supposedly the rumored favorites. However, now that casting is finally getting confirmed, maybe we won’t have to wait too much longer to see who will be getting next year’s Emmy buzz.