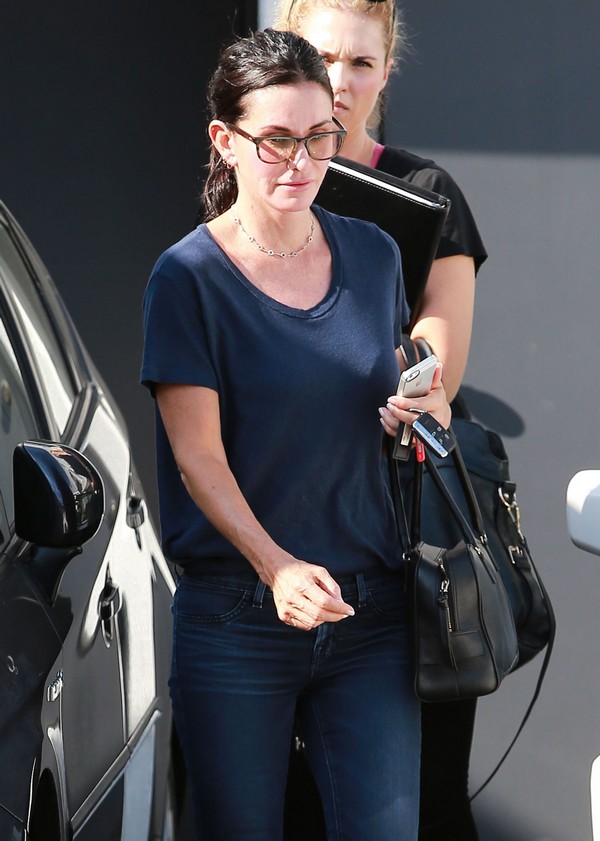 It’s been twenty years since Friends first aired on television and become a cultural phenomenon, and Courteney Cox did a segment interview with E! about her part in the show.

As Courteney explains, “I mean, we had the same hairdresser! I don’t understand…I just kept changing mine. I was like, if you don’t like it, then I’ll just keep doing it. Nothing ever stuck.”She’s joking about the fact that ‘The Monica’ never got the same attention as ‘The Rachel’, which became a whole hair movement after Jennifer’s character got the short bob during the earlier seasons. It was reported that women were going to their hair salons in droves, asking for the same haircut and styling as ‘The Rachel’. But as Courteney says, nothing she ever did gained the same type of fervent fan obsession.

Obviously, she’s clearly joking, but I can’t help but feel that some part of her really means it. She doesn’t know why Jennifer Aniston got so much more attention than she ever did on the show, and in part, it’s because Jennifer’s character was more relatable to most people – right? She was more laid-back and easygoing, and her romance with Ross definitely became the highlight during the earlier seasons. And then of course, her real life romance with Brad Pitt cinched the deal, and people just wanted more of her. Granted, that didn’t last either, so Courteney shouldn’t be beating herself up too much for it.