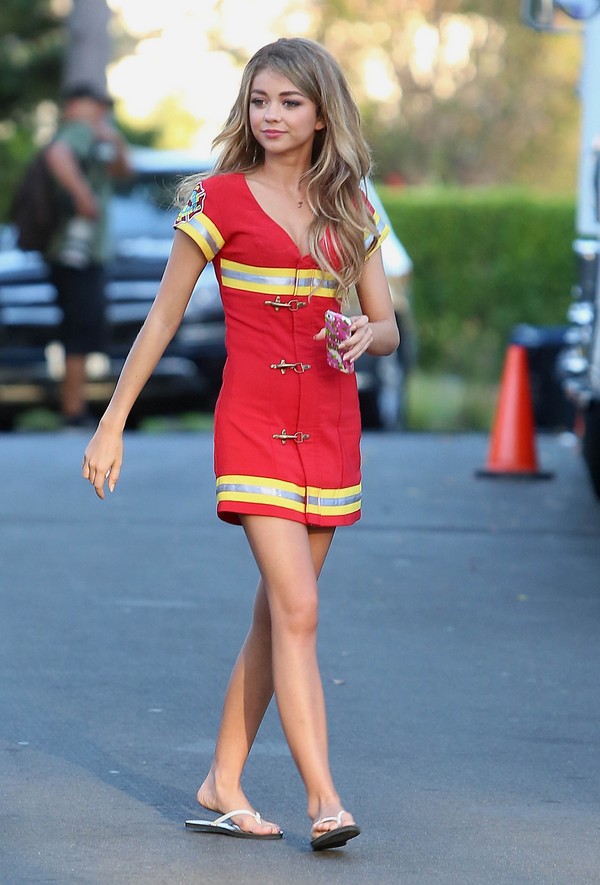 Modern Family star Sarah Hyland recently ended her relationship with live-in love Matthew Prokop, and now it seems the breakup took a turn for the worse.

TMZ reports that Hyland has filed a restraining order against her ex-boyfriend and the disturbing documents, obtained by TMZ, paint a very scary picture of the man the young actress once very much loved. TMZ shared some excerpts from the document which includes chilling quotes from the sitcom star, “His grip was so tight that I could not breathe or speak. I was scared and in fear for my life,” along with threats of burning her home and harming her dog. Hyland also details an incident where Prokop pushed her against a call, went on a tirade of screaming four-letter words, and attempted to choke her.

TMZ goes on to recount another incident where Hyland called on her Modern Family costar, Julie Bowen, to be on hand while she broke the news to Prokop that she was ending the relationship. As soon as Prokop saw Bowen arrive, he reportedly ran into the backyard screaming. Hyland’s rep, Lee Sherman, confirmed to The Insider with Yahoo that the actress did, in fact, file a restraining order, “On September 19, 2014, Ms. Hyland obtained a Domestic Violence Temporary Restraining Order against Matthew Prokop. The documents filed speak for themselves. Out of respect for the court, the process and all parties, I have advised Ms. Hyland not to comment on the matter. We request that you respect the parties’ privacy during this time.”

The hearing in will be held in Los Angeles in early October and will surely put the spotlight even brighter on the issue of domestic violence as there has been a recent surge in reports of domestic violence among athletes and celebrities. Hyland is only 23, Prokop is 24. Just last November Hyland was quoted as saying about her relationship, “So we’ve been together a long time, we’re practically married. We have a dog and live together.”