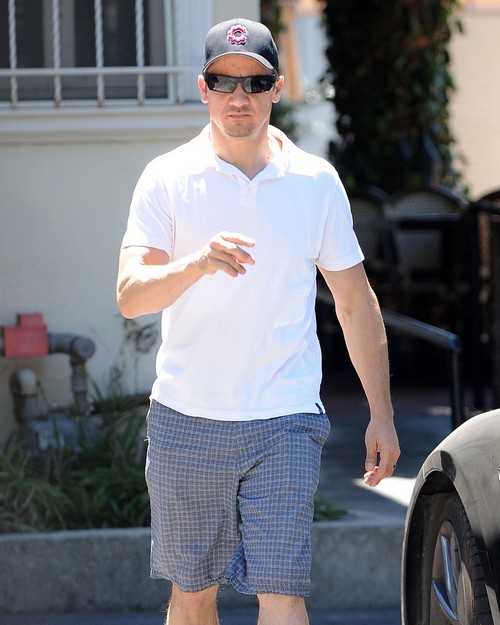 Jeremy Renner is off the market, ladies! The ‘Avengers’ and ‘Bourne Legacy’ star recently revealed that he married his longtime girlfriend and baby mama, Sonni Pacheco, in a secret ceremony last year.

There were rumors that the couple was married a few months ago, especially since Jeremy was sporting what looked suspiciously like a wedding ring on his ring finger. However, he stayed silent on the subject, undoubtedly hoping that people would lose interest and stop asking questions about his private life.

Unfortunately for him, the exact opposite happened – instead of losing interest, the media speculation surrounding his private life intensified, not to mention that the gay rumors just wouldn’t let up. He already had a daughter with Sonni, Ava Berlin Renner, but even then – people wanted to know what he was doing, who he was with, and why he had stopped partying all of a sudden. I guess they forgot that he just became a father, and all of his attention was focused on his baby girl.

Jeremy now confirms the news that he and Sonni did get secretly married a while back, explaining in an interview with Capitol File, “I have tried to protect my family’s privacy, my wife’s privacy. I’ve been talked about a whole lot, because the less I put out there, the less people know, and it makes it interesting, I assume.”

He also says that he understands when the paps follow him around, but he hates it when they harass his wife and his daughter. Well… I hate to be the debbie downer here, but that’s just the price of celebrity. It sucks, but perhaps the paps will stop harassing him so much now that he’s revealed the truth? Who knows, right?

What do you guys think about Jeremy’s happy news? Surprised? Let us know your thoughts in the comments below.