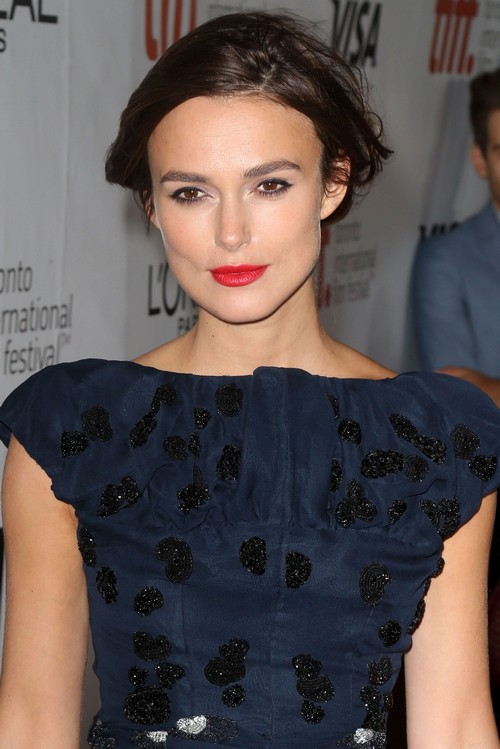 Another day, another set of True Detective casting news. However, now that we’ve confirmed Colin Farrell and Vince Vaughn as the male leads, we’re left with the biggie – the first female lead for True Detective. While the first season certainly had female characters, there was no female ‘lead’, just Matthew McConaughey and Woody Harrelson having the world’s most fraught bromance on television.

But this time around, we’re getting an honest-to-god, REAL female lead. Like, she actually has an equal amount of screen time as Vince and Colin – or at least, I hope she does.

Anyway, we’ve heard a lot of names for this female lead, including but not limited to Rachel McAdams, Jessica Biel, Elizabeth Moss, Rosario Dawson, and Brit Marling. But the biggest name that we’re hearing is Keira Knightley, who has reportedly come into contention this week.

Um, what is Keira doing, considering a role on a TV show? This an Oscar-caliber movie actress who still has movie offers coming on by the dozen. It’s not like Rachel McAdams’ case, where her career’s sort of petered out and she needs a boost, despite her talent. In Keira’s case, she just had TWO films premiere at the Toronto International Film Festival – Laggies and The Imitation Game – and TIM even won the Audience Award, the precursor to the Best Picture Oscar!

Basically, what I’m trying to say is that she doesn’t need True Detective. But if she really wants it, I have a feeling HBO will give it to her with garlands at her feet.