Jordin Sparks and Jason Derulo: The Reason Behind the Split 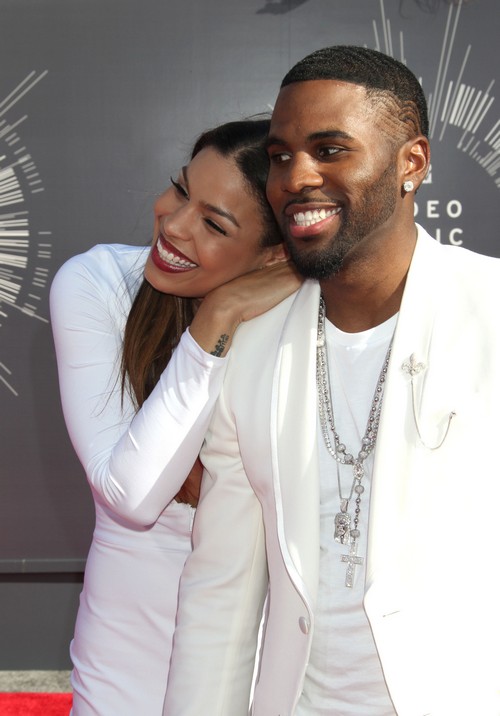 Anyone who noticed Jason Derulo’s popularity soar when his hit, “Talk Dirty to Me” made it big probably saw this coming. Jason Derulo and girlfriend of three years, Jordin Sparks, ended their relationship and have left many fans scratching their heads, wondering what happened. Well, fame, women, and jealousy are to blame for the couple’s demise and sadly, it all started after Jason hit it big on the airwaves.

Derulo already had made a name for himself, but his hit song really gained him a lot more recognition….and women throwing themselves at him. Hindsight will surely be biting Derulo in the back end very soon when he realizes he may soon be the next singer to name an album after an ex, a la Robin Thicke. Robin made the very same mistake of falling into the trap of lapping up all the attention he was getting from his hit “Blurred Lines,” mainly from many women who had no problem flirting with a married man. Thicke’s head was getting bigger and bigger until he began to chip away at the once rock-solid relationship he had with now-estranged wife Paula Patton. After coming to his senses Thicke made every attempt to win back the love of his life, to no avail…even naming an entire album after her. Patton was done.

Sadly, Derulo will likely see the same fate as he has fallen prey to the perils of over-indulging with women, and basking in his mass popularity—giving him an over-inflated ego that was the force that came between him and his former love Sparks. Prior to “Talk Dirty to Me,” Derulo featured Sparks in his music video for his song, “Marry Me.” Derulo even admitted to E! at the time that he wrote the song about Jordin, “It is about Jordin, actually. And it’s talking about how amazing it will be when I get down on one knee and it will be the greatest moment of my life.”

The couple, who have been together since 2011, have discussed marriage in the past, noting that although it is not the right time now, it is in the cards for them. The couple was most recently photographed together at the MTV Video Music Awards in matching white outfits. Though they appeared happy as they normally do, the problems have been brewing since Derulo hit it big and began planning his “Talk Dirty” tour. Derulo would be photographed with women hanging on him when he’d make appearances and it bothered his girlfriend. Rather than tone it down, however, Derulo wanted to be able to bask in the glory of the attention he’s been getting and he began to feel he didn’t want to be tied down. Derulo still loves Sparks, but he wants to experience life and enjoy all the attention from women before settling down.

What do you think HHers?? Did Jordin dodge a bullet? Will there soon be a Derulo album name “Jordin?” We want to hear from you!