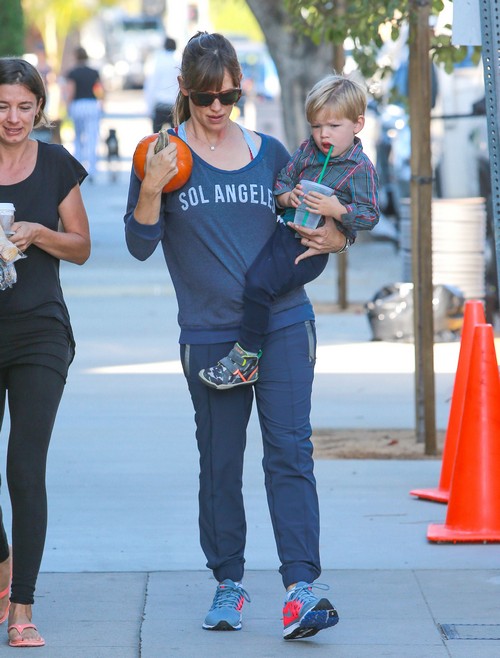 Matt Damon and Ben Affleck are BFFs, but Matt is also very close to George Clooney. But even Ben Affleck would have had to admit that George Clooney’s wedding was a bigger deal than his ‘Gone Girl’ movie premiere. But guess who apparently doesn’t agree with that? Ben’s wife, Jennifer Garner.

According to Radar Online, Jennifer is furious that Matt missed the premiere of Gone Girl in favor of attending George’s wedding. I mean, forget the fact that Ben has movie premieres almost every year, and that George Clooney getting married is a once-in-a-lifetime moment.

Radar’s ‘source’ supposedly adds, “She flipped out that he ditched his best friend on his big night to go to George’s wedding instead.” Apparently, Jennifer thought that since she and Ben make it to every event for Matt, she expected Matt to do the same for Ben.

Uh, first of all, why does she care so much? It’s Ben’s movie premiere, not hers. Also, IF this is true, I’m thinking it’s more bitterness that she didn’t get invited to George Clooney’s wedding, not that Matt Damon went.

On the one hand, Ben Affleck and Jennifer Garner are nowhere near as close to George Clooney as Matt Damon and his wife are.  But at the same time, they all do travel in the same circles, and maybe Jennifer felt that she merited an invitation on that fact alone? It doesn’t make any sense, and makes the story seem more than a little made up.

What do you guys think? Did Jennifer have any right to be so bitter about not being invited to the Cloonmeister’s wedding? Or is this story a pile of hooey? Let us know your thoughts in the comments below.