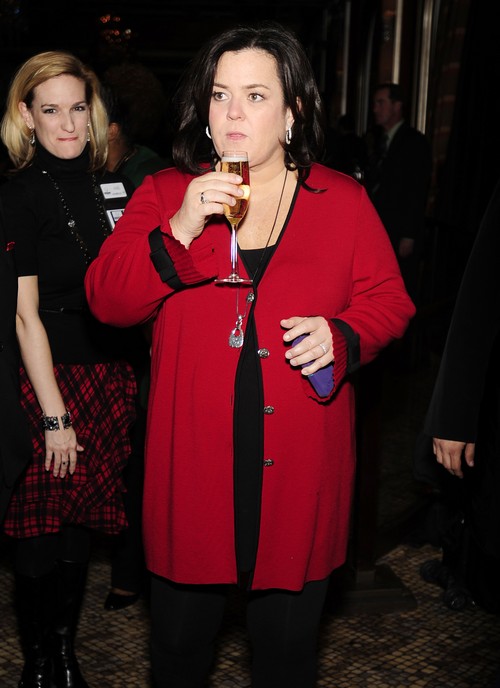 While The View is known for heated banter among the hosts, sometimes turning into full-blown debates, nothing on the show proved to be as intense as the fight that broke out in front of the audience during a commercial break. Radar Online reports that outspoken hosts Whoopi Goldberg and Rosie O’Donnell were in an animated discussion during a “Hot Topic” session when Goldberg cut off O’Donnell during the middle of her passionate preaching about the subject. O’Donnell flew into a rage and the two had a war of words during the commercial break, for all the audience to see.

Unbeknownst to O’Donnell, Goldberg was told to cut to a commercial as the segment had run over. MailOnline reports that because O’Donnell reportedly refuses to wear an ear monitor, as her counterpart Goldberg does, she didn’t hear the producers’ direction to end the segment. O’Donnell has reportedly had it out for Goldberg since she came back to The View, but no longer as the show’s moderator. Now that Goldberg holds that title, it seems O’Donnell had some deep down hatred that came out over something completely unrelated. Based on how she spoke in front of the audience, it’s as though she seemed to want the audience to back her or take her side.

O’Donnell chose to address the situation by speaking directly to Goldberg, rather than taking their conversation to the side, using the group’s microphone to make sure everyone heard everything she said. While Goldberg tried to hold O’Donnell off until a more appropriate time for the conversation pleading, “This isn’t the time for this, Rosie,” Rosie shot back, “Well I just don’t appreciate you saying that you were going to do something and not doing it. It makes me upset and I just don’t want to have to go through this.” A heated Goldberg shot back with, “F*ck it, I told you to leave it alone and you just don’t want to listen. If you want to go there Rosie, I will dammit. I’m really sick of your sh*t!”

It wasn’t until new host Rosie Perez made a joke that the mood finally lightened. Just how long do you think these ladies will tolerate one another? Do you think Rosie was wrong for the way she handled the dispute? Tell us below!

Say it Ain’t So! Rosie O’Donnell To Join America’s Got Talent

86 Comments
Leave A Reply
Cancel Reply
For All The Alaskan Bush People News!