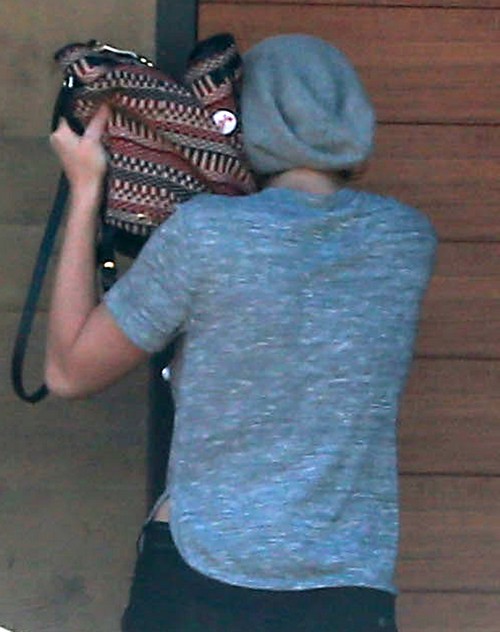 Jennifer Lawrence and Chris Martin have only ‘officially’ been dating a few weeks, but several reports are claiming that they’re already living together. OK! Magazine claims that Chris gifted Jennifer with a key to his Malibu house. Apparently, Jennifer’s moved in some of her things and is staying there on a semi-permanent basis.

OK!’s source also adds, “[The house] is refuge where they can tune out the world and just be together.”

In other words, it’s a perfect hiding spot for a couple that hates the media spotlight. Even though their PR reps keep leaking their relationship details to People and US Weekly, both Chris and Jennifer have only been photographed once since they began dating – and that too, via blurry photos from an airport hanger. They’re clearly taking a lot of effort to keep their relationship private, even though Jennifer has been spotted at more than one Coldplay concert over the past few months.

Now, it’s easy to believe that this report has some inkling of truth – after all, Jennifer Lawrence has openly admitted that she doesn’t really have a home in LA, and that she’s looking to buy a place soon. In that scenario, it would make sense that she’s spending most of her time at her boyfriend’s house, right? Now, if only Gwyneth Paltrow approved of their relationship. Our dear Goop would never be happy with Jennifer meeting her kids quite so early, which is why I don’t think Jennifer is ‘living’ at Chris’ home. More than likely, she has some of her stuff there and spends a few nights there, but I wouldn’t call that living there.