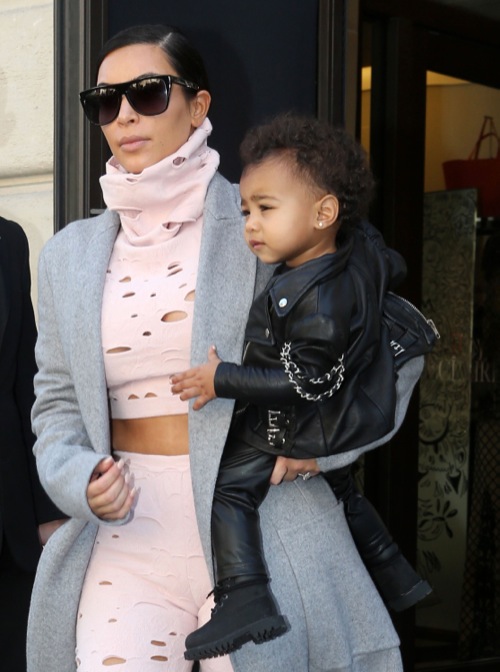 The internet was agog with rumors that Kim Kardashian had abandoned her little toddler daughter, North West, at the hotel while leaving for the airport yesterday. Now, I’m all for Kim-bashing but come on people! Even if Kim was that negligent [which I could totally believe], she would never do something that would damage her PR so permanently. Ironically, she’s too selfish to make such a selfish mistake.

Kim even tweeted about the incident on Friday, just in case everyone in the whole world hadn’t heard about it yet. She wrote, “Heard on the radio today some story I forgot my daughter at our hotel as I’m leaving for the airport. Are you kidding me?!?!?! LOL. I went to the car to make sure the car seat was in because the day before we had a car seat issue. Do u guys really think a 1year old would be inside the lobby by herself! Oh wait she was waiting to check out lol.”

I wouldn’t be surprised if Kim set up this whole thing to bring some much-needed publicity to herself. After all, the media’s been so focused on her sisters and her cousins lately that they haven’t been spending that much time on her. But then she goes and conveniently ‘forgets’ North West in the hotel, and then she spends several tweets explaining that’s not what happens.

Ok, Kim. You totally didn’t leave North West behind on purpose. We believe you. Except that this gave you a convenient opportunity to talk about yourself, which everyone knows is your favorite thing to do.