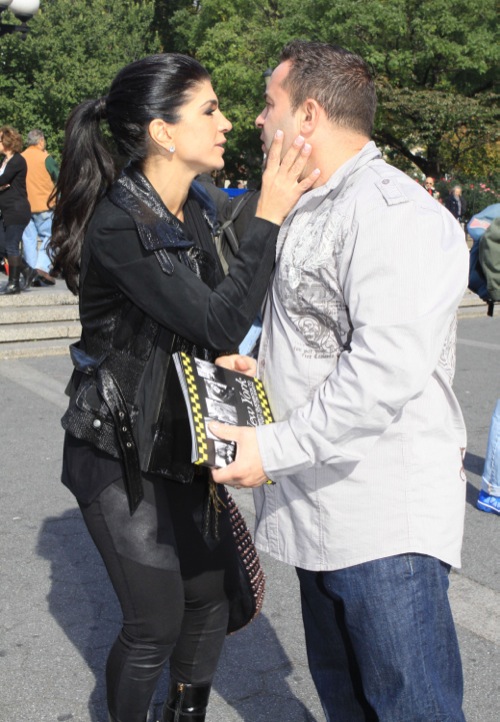 Teresa Giudice and Joe Giudice just got served, but they’re still in denial over their sentence. Despite the fact that the two committed fraud and tax evasion for years, Teresa Giudice and Joe Giudice were stupid enough to think that they would get away with it – and the stupidity didn’t end there. They decided to sit down for an interview with Andy Cohen after they got sentenced, and they just sounded delusional throughout the entire interview.

Teresa claims that, ‘it was very unexpected‘ to receive a 15 month prison sentence, and that she’s still ‘numb’ over the fact. And then Joe puts another nail on his coffin by adding, “I actually felt like I got hit in the back of the neck by a bat… I didn’t think I was gonna get that much… I don’t know. I expected me [to be sent to prison], I wasn’t expecting her.”

Then, they BOTH continued to refuse responsibility for their wrongdoings. Instead of admitting that he deliberately had Teresa sign unlawful and illegal documents, Joe instead said, “Whatever the bank gave me for her to sign.”

Bitch, please. You know he’s avoiding owning up to breaking the law even now, after he’s been sentenced to several years in jail! Someone needs to tell Joe and Teresa that it’s over, that they’re going to jail, they’ve already plead guilty, and there’s nothing they can do or say now that’s going to change that. Joe came off as incredibly bitter and delusional when he refused to admit his wrongdoings in the interview. Plus, instead of taking responsibility for their acts and apologizing for them, both Teresa and Joe tried brushing off what they did – again! This isn’t the best way to show the public that you’re actually sorry for breaking the law, but I guess they don’t really care about that anymore.