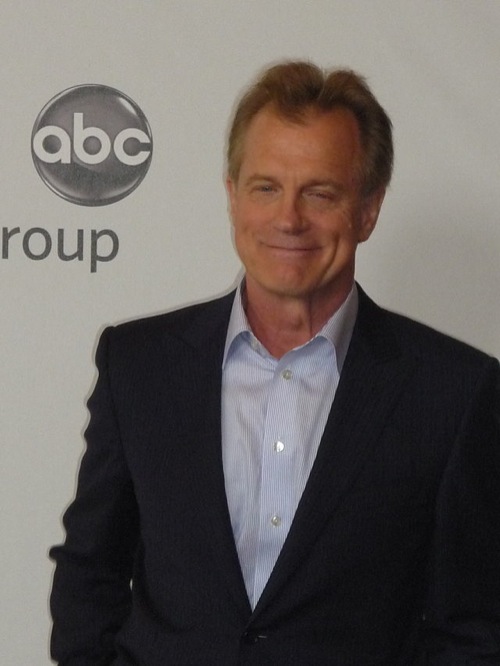 Monster Stephen Collins, known as Reverend Camden and father to seven on the former hit show 7th Heaven, has outraged fans and disgraced himself after he was unknowingly recorded on tape as he confessed to molesting three young girls. The tape is disturbing as Collins details for his now-estranged second wife, Faye Grant, how he abused an 11-year-old relative of his first wife who stayed with the former couple when they lived in Greenwich Village. It is reported that he exposed himself to her for at least three years on different occasions when she would stay with the couple. He admitted in the tape that he would have the girl touch his penis and admitted to touching her as well. TMZ shared excepts where Collins tells his wife, “There was one moment of touching where her hand, I put her hand on my penis.” He goes on to say that he exposed himself to her a couple of times. Grant then asked him, “When you exposed yourself … did you have an erection?” To which Collins responds, “No, I mean, no. Partial, maybe I think.”

The relative had actually reported the incident to the police at some point, but apparently Collins said the girl must have seen his penis through a hole in his pants as jeans with holes in them were popular at the time. Yes, seriously.He was also recorded detailing the sordid accounts of two other young girls around the age of 12, one who was a neighbor, and another from New York. Collins was unaware his current wife was recording him during a counseling session. Normally, it would be illegal to record someone without their knowledge, but because in California it is legal to secretly record conversations to gather evidence against a person who may have committed a felony. Now, the NYPD is in possession of the tape, TMZ reports, though Grant has made a statement that she had nothing to do with the leaking of the tapes.

E! News obtained a copy of Grant’s declaration which they shared excerpts from. In the document, Grant claims that Collin’s ex-therapist had explained to her that Collins has “narcissistic personality disorder with sociopathic tendencies.” She also states, “I have urged Stephen multiple times to seek proper treatment for pedophilia. I am particularly afraid of what may happen if he does not seek treatment, because he may be working or interacting with children in connection with his employment.”

There are some conflicting reports with regard to the investigation as some media outlets are reporting an active investigation is underway based on comments made by the NYPD. Though other sources claim that law enforcement will not be pursuing an investigation because Collins would not be able to be prosecuted because it is beyond the statute of limitations. TMZ notes, however, that the statute of limitations begins running from the time it was reported, not from the time of the incident(s), so there may still be a chance. Let’s hope so, so that these poor victims can have some justice.

For the most part, Collin’s former castmates from 7th Heaven have remained mum, though Catherine Hicks, who played his wife on the show, shared that he has always been a “good guy.” Yeah, tell that to the little girls trusted him, only to be abused by him. Grant, however, isn’t much better off in the morals department. It seems she’s known about this all for quite some time, even supposedly receiving correspondence for the husband of one of Collins’ victims berating her for not doing anything about her perverted husband. It seems the tapes are mysteriously coming out now as she battles her ex in court for a nice fat divorce settlement, where she is reportedly asking for spousal support, half of their $6 million dollar bank account, and half the value of the two LA homes they own, TMZ states. Interestingly, the tapes appeared now, of all times. So, Faye, you’ve got dirty hands in this as well.

Hollywood is not going to let something of this magnitude go so easily though, as Collins has been fired from his role in the upcoming film Ted 2 and the airing of re-runs of the show have been cancelled. Collins has also resigned from his position on the National Board of the Screen Actors Guild. So now we wait and wonder if any more victims will come forward, including the young girls he worked with at the time 7th Heaven was filmed. If he has the egregious tendencies, what would have stopped him from acting on them with the many young actresses he worked very closely with? The young girls of 7th Heaven would have surely trusted him, making access and the opportunity to do something much easier for him.