Amanda Bynes Allegedly Shoplifted At Barney’s In NYC – Going Off The Rails Again? 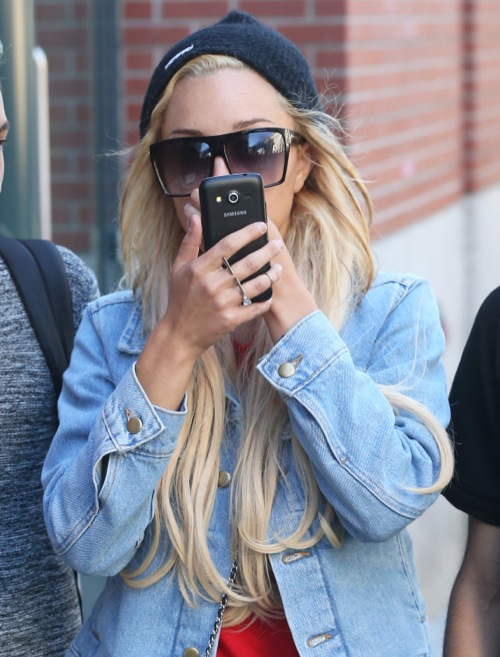 Amanda Bynes is slowly losing every bit of her recovery that she worked so hard for over for the past year, as her mental health continues to deteriorate. According to TMZ, Amanda has now been accused of shoplifting at a Barney’s in NYC – just weeks after she was arrested for yet another DUI. Sources close to Amanda have already confirmed that she is no longer taking her anti-psychotic drugs, and that she’s been kicked out of fashion college and isn’t taking any heed concerning her health.

In fact, up until a week ago, Amanda’s parents actually no idea where she was. It was only after she got a DUI that they became aware that she was in trouble, and they’re supposedly flying out to NYC to help her. Even then, it’s become quite a rapid downward spiral for Ms. Bynes, who spent months in recovery before attempting to rehabilitate her life. She started studying at a fashion college in LA and reportedly was under her parents’ conservatorship, although that clearly didn’t last.

Anyway, the details of Amanda’s shoplifting endeavor are a bit hazy, but eyewitnesses claim that she put on a hat and attempted to leave the store without paying. Eyewitnesses are quoted as saying that Amanda was ‘acting crazy’, and Amanda reportedly told the store’s personnel that she wanted to use the hat to hide from the paparazzi. The store let her go without making a big deal, but they reportedly had her sign a no-trespass document that would prevent her from coming back to the store.