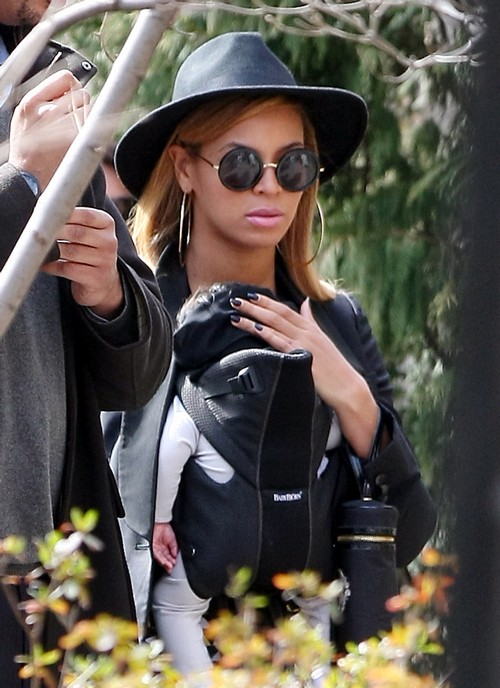 Beyonce and Jay-Z were getting divorced just one month ago, but now they’re going house hunting in Paris. Does this strike anyone else as a bit odd? The whole situation seems like it was contrived to net them the maximum amount of publicity, especially in the wake of their ‘On The Run’ tour.

Now, new reports [via Page Six] claim that Beyonce and Jay-Z are going house hunting in Paris, even as it’s rumored that Beyonce is pregnant with her second child. Several sources have already debunked the pregnancy rumors, but one has to wonder why Beyonce and Jay-Z are going all the way to Paris to find a new house. What, they couldn’t afford a secluded mansion in the middle of New York with their bajillions of dollars?

Some other sources are taking the more cynical view that Beyonce’s and Jay-Z’s house hunting mission is just another form of PR control. Their image has been widely damaged over the past few months, especially as Jay-Z faced accusations of cheating and having affairs with other women. At the one point, everyone just assumed that he and Beyonce were done with their marriage, as several people claimed that Beyonce was apartment hunting for a solo bachelorette-style apartment at the time.

It’s clear that in the months since then, Beyonce and Jay-Z have worked out an arrangement for their marriage. For whatever reason, they’ve decided to stay together for now, even if they’re only doing it for PR purposes. We’ll have to wait and see how long this reunion lasts, but I wouldn’t be surprised if divorce rumors start up again – even if we’re being bombarded with happy couple rumors for now.