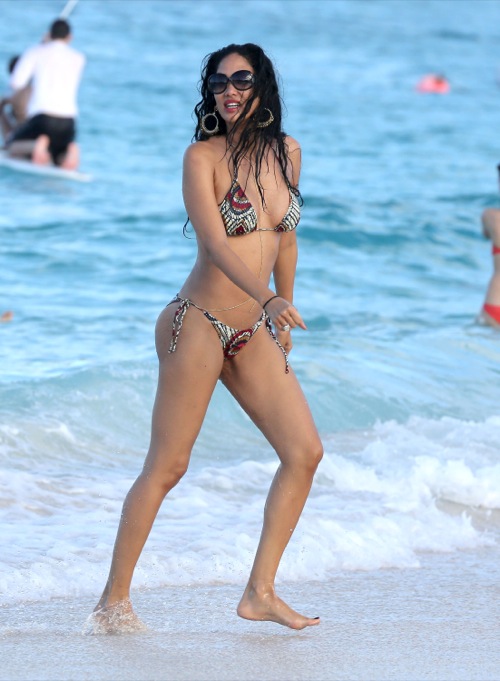 Some people want a memento from a former love after a break-up to remember their special times together…maybe a photo, a shirt with the smell of cologne or perfume, concert ticket stubs from a special date. Kimora Lee Simmons likes to take a keepsake with her as well, but in her case, its children!

Kimora Lee Simmons is currently pregnant with her fourth child! The designer and model, 39, already has two daughters from her ex-husband Russell Simmons, Ming (14) and Aoki (12), a five-year-old son, Kenzo, from her relationship with Djimon Hounsou, and now she is expecting her fourth with current husband Tim Leissner, whom she just married in February. Leissner, an investment banker was first spotted with his now-wife back in December 2013. The two secretly wed in February and hadn’t told anyone other than family.

The cat was let out of the bag, however, when Kimora’s first husband Russell tweeted that his ex, the mother of his children, was happily married after reports surfaced that she was dating rapper Birdman. Perhaps Kimora should have waited on another baby given her relationship track record….four children, three different fathers. Hopefully things work out with Tim, or her collection of children may continue to grow even larger.