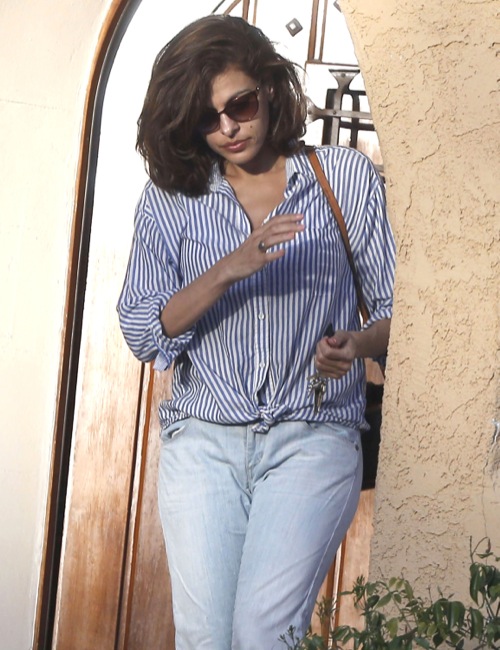 Ryan and Eva have been extremely private about the birth and their daughter, only releasing a statement confirming that Eva did give birth to a daughter. However, it’s been a few weeks since then and Ryan and Eva have stayed dead quiet about the whole thing. They’ve stayed out of the public eye, they’re not using their baby to leverage media interest, and they’re generally avoiding all the baby birth hoopla.

Of course, this is the same couple that we didn’t even know was expecting a child until well into Eva’s second trimester. Neither Eva Mendes nor Ryan Gosling have any inclination to work non-stop, which enabled them to concentrate on Eva’s birth, and now, their daughter Esmeralda.

For those who don’t know, Esmeralda refers to ‘Emerald’ in Spanish, and Amada is the name of a character that Eva played in the film We Own The Night.

There’s literally no other information about Esmeralda, apart from her name and the fact that she’s a girl. And also, a brief snippet appeared in People Magazine after Esmeralda was born, with a ‘source’ stating that Ryan was ‘madly in love’ with his daughter.

Um, of course he was. He’s not exactly going to say otherwise, is he? But I wouldn’t expect to see Esmeralda Amada Gosling in public any time soon. If Eva and Ryan were this vigilant about keeping Eva’s pregnancy a secret, imagine the lengths they’ll go to protect their baby daughter from being photographed by the media.