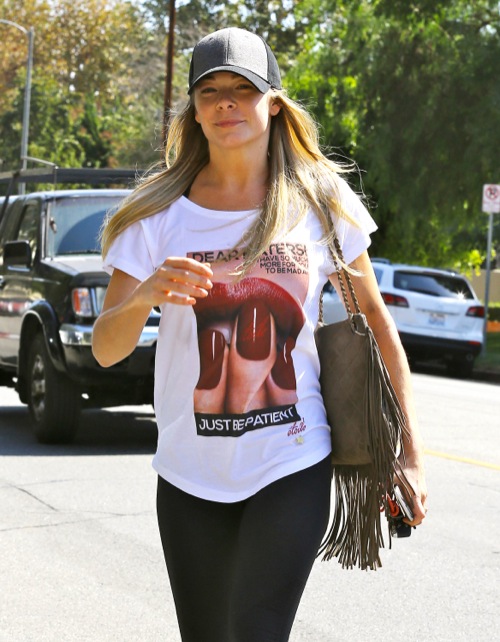 We all know that LeAnn Rimes comes from the celebrity school of delusion, right? The D-list reality star continues to promote her failing reality show through self-serving interviews, but the quotes that come out of these interviews are priceless.

LeAnn recently spoke to the Cleveland Scene Weekly and discussed a recent encounter with the paparazzi, claiming that they were acting ‘stalker-ish’. Um, seriously? She CALLS the paparazzi ALL THE TIME!

She explained, “It’s funny because someone said there was a picture of me going to the grocery store yesterday and I’m pretty aware of photographers. That’s the creepiest part, when I don’t know someone is there. I would prefer they would jump out and show themselves. It seems stalker-ish.”

Sure, LeAnn. Sure. You weren’t ‘aware’ of this paparazzo at ALL. Although to be fair, it is possible that LeAnn called this pap and then couldn’t see him, and got worried about whether he was actually there or not. After all, she needs her weekly grocery photos in the tabloids, otherwise how will her ‘fans’ keep track of her whereabouts? Without that frequent boost of publicity, even less people would be aware of LeAnn and her famewhoring shenanigans. We can’t have that, can we?

I don’t know, it’s hilarious to me that LeAnn Rimes actually has the audacity to call the paparazzi ‘stalker-ish’. After all, isn’t she the one who turned up at her nemesis Brandi Glanville‘s Pilates studio out of nowhere? Who’s the stalker now, LeAnn? Brandi even tweeted about the incident, and yet, LeAnn thinks that a paparazzi hiding and taking photos of her is creepy.