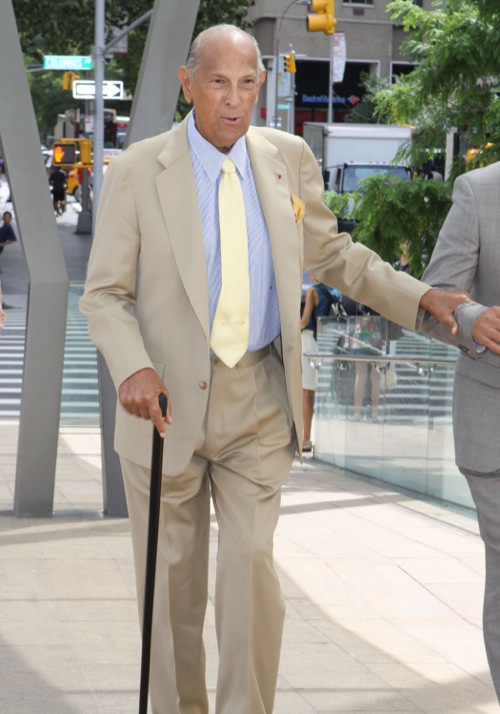 Famed legendary designer Oscar de la Renta has died today at 82 years old. The legendary designer was diagnosed with cancer in 2006 but had shared last year that he was in remission as he spoke to the crowd sharing, “Yes, I had cancer. Right now, I am totally clean. The only realities in life are that you are born, and that you die. We always think we are going to live forever. The dying aspect we will never accept. The one thing about having this kind of warning is how you appreciate every single day of life,” USA Today reported. Despite sharing that he was “clean” last year, it was reported that he looked frail in September, and just this month the New York Times described de la Renta’s health as “precarious.”

To date, the designer has remained one of the most sought after designers dressing celebrities Oprah Winfrey, Lea Michele, Jennifer Garner, and Sarah Jessica Parker in his elegant gowns. De la Renta was also known for dressing Nancy Reagan, Laura Bush, Michelle Obama, and Betty Ford in his creations. The Dominican-born designer truly made a name for himself after Jaqueline Kennedy was often spotted wearing his designs, allowing him to make a name for himself and launch his own ready-to-wear line in New York in 1965. Most recently de le Renta had the honor of designing the wedding dress of George Clooney’s new wife Amal Clooney for the couple’s recent nuptials.

Celebrities, models, and those in the fashion industry are taking to Twitter to share happy memories they have of the designer.