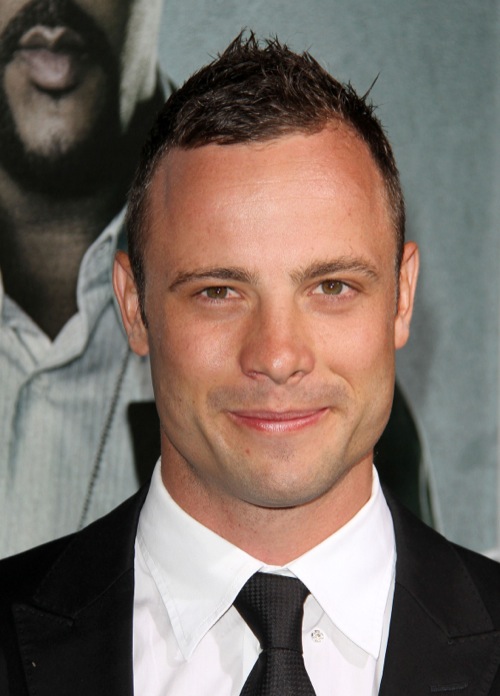 After an entire year of drawn out legal battles, Oscar Pistorius has finally been sentenced to five years in prison for the murder of Reeva Steenkamp. Last month, Oscar was found not guilty of premeditated murder, even though the evidence all pointed to that being the case. For whatever reason – supposedly because it was all circumstantial evidence – the judge decided to rule ‘not guilty’ for premeditated murder, but there’s still no denying that Oscar did kill his girlfriend, Reeva Steenkamp – premeditated or not.

So now, Oscar has been found guilty of culpable homicide, which is basically manslaughter in legalese. The sentence is being capped at a maximum of five years, so if Oscar behaves, it could actually be a year. Although his prison sentence will begin immediately, Oscar Pistorius certainly got one hell of a lucky break with this case, didn’t he?

The prosecution really dropped the ball on this one, but I think this sheds a lot of light on how celebrities are given preferential treatment. If Oscar Pistorius had been some random dude who shot his girlfriend after fighting with her, no judge in their right mind would have let him off with just five years – maximum – of jail time. No, he would have gotten at least fifteen to twenty years. But now, he’s getting away more or less scot-free, since he could easily get off on probation within a year if he behaves himself. The benefits of being a famous Olympian?

What do you guys think of Oscar Pistorius’ prison sentence? Do you think it’s fair? Let us know your thoughts in the comments below.