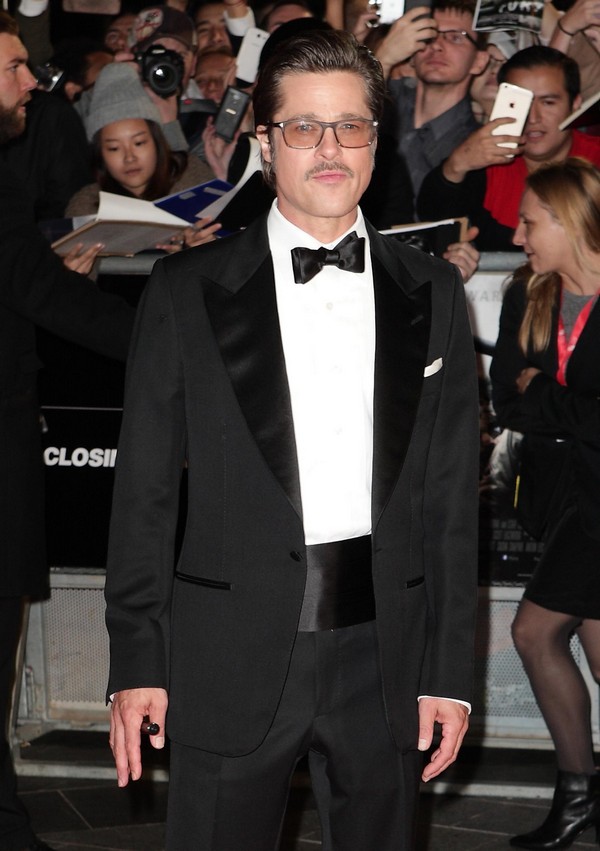 Brad Pitt, Jennifer Aniston, and Angelina Jolie will forever be embroiled in a love triangle, if the tabloids have their way. However, Brad usually avoids discussing Jennifer Aniston if he can help it – at least, until now.

Brad Pitt was a guest on Zach Galifianakis’ show Between Two Ferns, and it was a highly entertaining skit that made fun of Brad on every level. There was a joke about how Brad always stood in his wife’s shadow, but the real kicker came when Zach started playing the Friends theme song. He asked Brad about whether it was true love for him and Angelina, just as it was for Rachel and Ross on Friends. And as we all know, Rachel was played by Jennifer Aniston, who just happens to be Brad’s ex-wife.

Now, I’m sure that Zach went over the whole skit with Brad before filming it, but I’m surprised that Brad agreed to it. It makes him look great, but the simple fact is that Brad Pitt tends to avoid confrontation at all costs. There’s a reason he avoids mentioning Jennifer Aniston’s name, and it’s not just because he doesn’t want to piss off his wife. It’s also because her name is a physical reminder of his failed marriage, and nobody wants that.