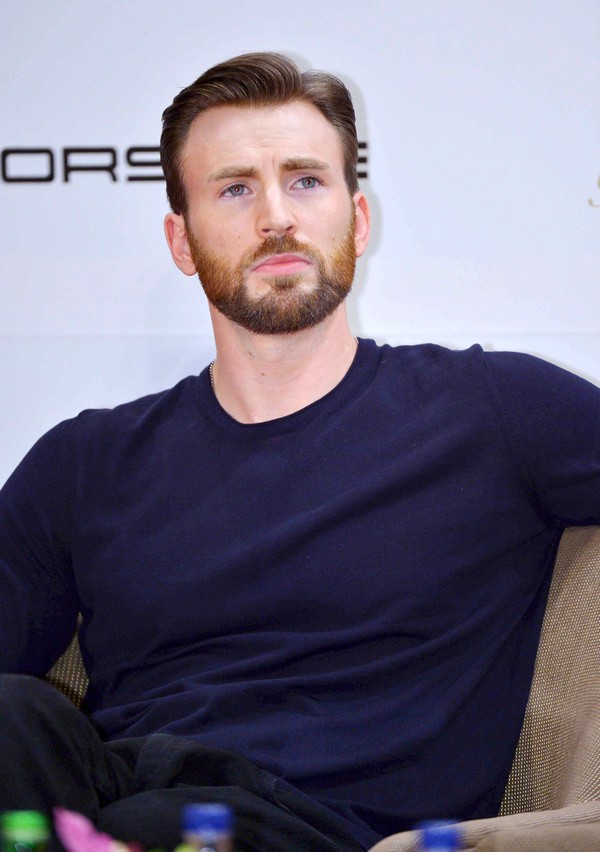 At that point, it seemed like Chris and Minka were parting ways permanently, if sources were to be believed. Then, Chris was linked to Sandra Bullock, who he had previously admitted that he had a massive crush on. They were never spotted together, but legitimate sources confirmed the coupling. However, Chris and Sandra clearly didn’t work out, since Chris was again spotted with Minka Kelly earlier this week.

Sources close to Chris are claiming that Chris and Minka got back together a while ago, and only went public this week. Apparently, Chris and Minka had a Karaoke night in Massachusetts with his family in late September, and they’ve been hanging out in LA a lot recently.

The timing is certainly interesting, isn’t it? Many fans of Chris don’t love him with Minka because they think that she’s just using him for fame. It is quite a coincidence that Minka and Chris are getting back together right before promotion for Avengers: Age of Ultron gears up. I don’t buy that it’s a complete coincidence, and I think that Minka may have planned it that way. I’m sure she and Chris get along very well, since they never have lasted this long if they didn’t. But there’s more in it for her than just a romance, and it’s starting to look more and more like a PR ploy.