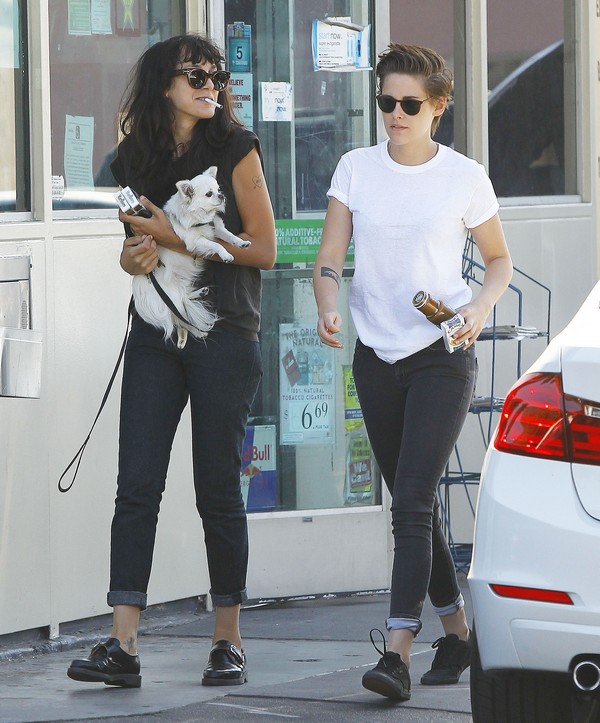 Kristen Stewart is reportedly taking a break from acting to focus on her ‘art’. Kristen has clearly gotten the idea that she’s a multi-talented ‘artist’, and that acting is not her only calling.

In an interview with USA Today, Kristen admitted, “I’m taking some time off because I’ve been working for two years. I’m going to buy a live-work space in downtown LA and I’m going to make some [stuff] with my hands. Literally, I made that decision a few weeks ago.”

Ok, first of all, Kristen has NOT been working for two years non-stop. In fact, after the whole Rupert Sanders cheating fiasco, Kristen didn’t work for a while. She got back together with Robert Pattinson post-cheating scandal, and finished promoting the last Twilight movie. But after that? Nothing. A bit fat nothing.

She was fired from the Snow White and the Huntsman sequel, which her team is still trying to pretend was always the plan. Then, she landed supporting roles in prestige indie pictures [Still Alice and Clouds of Sils Maria] after more than a year of chilling out in Los Angeles.

If Kristen was just honest and admitted that she needed a break from acting and promoting movies, or that she needed a break from the incessant public exposure, it would have made more sense. The girl clearly needs more time getting accustomed to her new place in Hollywood, and she’s not used to having to work for auditions and jobs. What she was used to during her Twilight domination was all the best scripts landing in her lap, which is no longer happening. In fact, she’s now having to work harder than ever to land competitive jobs, and forget franchise pictures – nobody’s even considering her name for those.

So basically, I’m not shocked that Kristen Stewart wants to take a career break. I am, however, surprised that she’s using ‘art’ as an excuse to do it.