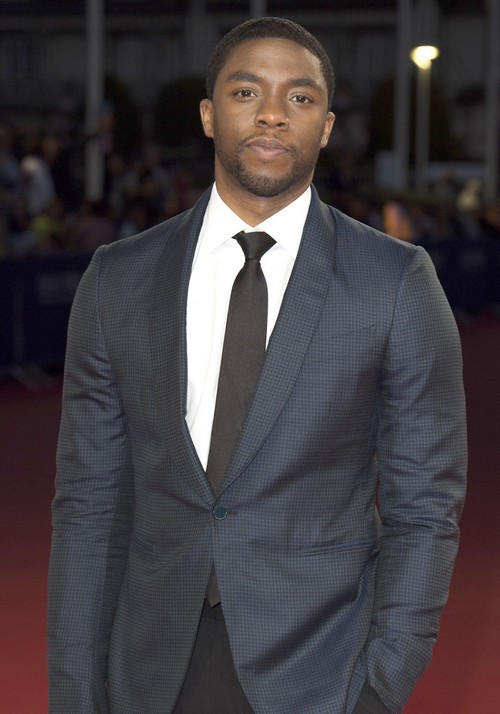 Chadwick Boseman, star of biopics ’42’ and ‘Get On Up’ has been signed to a five-picture contract with Marvel for playing Black Panther. This will mark the first time that an African-American actor has headlined his own Superhero film following the recent rash of superhero films [not counting Will Smith‘s turn as Hancock], and it’s a BIG deal.

Marvel announced their upcoming lineup of films this week, along with Boseman’s casting announcement. They revealed that a Black Panther film will be coming out in 2017, along with a Captain Marvel film in 2018. Looks like Marvel’s finally getting serious about some diversity, no?

Marvel also announced the entire Phase 3 plan, which includes Captain Marvel, Black Panther, and the third Captain America film – which will be titled Civil War and will also feature Robert Downey Jr. Then, we have Avengers: Infinity War, which is the third Avengers film and will be split into two parts. After that, we’ll probably be saying adios to Robert Downey Jr. and Chris Evans, both of whom will likely be replaced by new characters. Most of the other cast has nine picture holding deals, so we’ll probably see Chris Hemsworth take an exit soon after that, with the other principal Avengers following suit.

Then, we’ll have Benedict Cumberbatch as Dr. Strange, Chadwick Boseman as the Black Panther, whoever they cast as Captain Marvel/Carol Danvers, and the Guardians of the Galaxy picking up the pieces – plus whoever else gets added to the mix.

Needless to say, it’s an exciting time to be a comic-book fan. Are you guys excited about Chadwick Boseman’s casting as the Black Panther? Let us know your thoughts in the comments below.