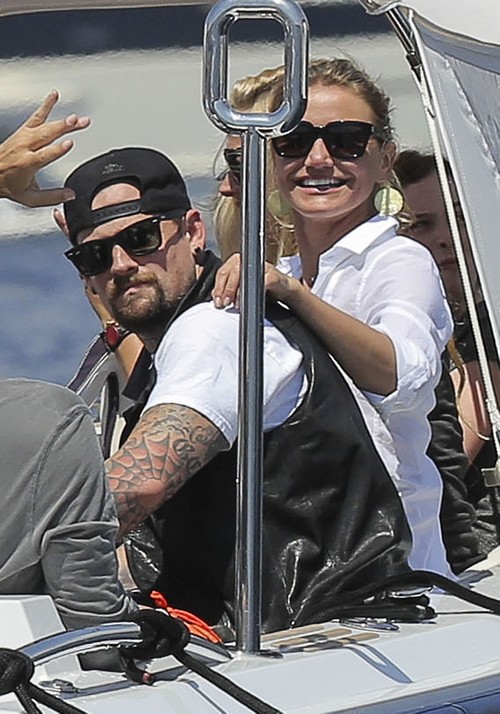 Cameron Diaz has had many highly-publicized romances including long term relationships with Jared Leto, Justin Timberlake, Matt Dillon, and even Alex Rodriguez. Despite the way they all turned out, she somehow believes that Benji Madden will be her ever-after. Did she forget she lives in Hollywood?

Careless Cameron began dating the rocker and former Good Charlotte singer only months ago after being set up by good friend Nicole Richie, who is married to Benji’s twin Joel Madden. The two have not publically confirmed an engagement yet, but Diaz has been spotted all over Hollywood wearing a rock on her oh-so-important finger. Now, friends are blabbing that Cameron is going into this marriage blindly by shunning a prenuptial agreement to protect her $90 million fortune.

Despite Madden’s own success, his $14 million fortune is nothing compared to Cameron’s and that has her business team very concerned that she is not taking steps to protect herself. Everyone goes into a marriage thinking it will last, but Cameron should be smarter, say her pals. She should know that not all relationships have a happy ending, given her track record of past lovers. Cam had been cheated on in the past, but seems to feel that banjo will never betray her and she does not want to mar their marriage by predicting a fail before it begins by writing up a prenup.

Friends are hoping to change her mind before she takes that walk down the aisle with her tatted-up twin.

Do you think Cam is being foolish by not having a prenup, or should she throw caution to the wind and trust that she and Benji will be “forever?” Tell us below!