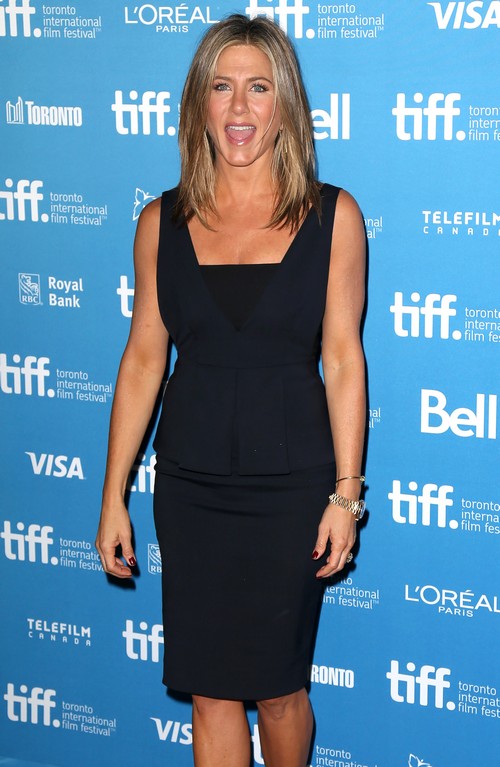 Grazia Magazine claims that Jennifer Aniston is sending Justin Theroux to ‘commitment camp‘, because apparently those types of places exist in the tabloid world. I have no idea why Grazia’s source assumes that Justin Theroux would ever attend such a place willingly, but perhaps they know something we don’t.

According to the report, Jennifer Aniston has enlisted a famous love coach by the name of Sandra Harmon to help teach her fiance the finer points of marital and relationship commitment. This Sandra Harmon has apparently been helping Justin overcome his aversion to commitment with twice-a-week therapy sessions, and it’s supposed to help him uncover any underlying hesitation about his upcoming nuptials to Jennifer Aniston.

You know, if it didn’t sound so ridiculous, I could actually believe this. Jennifer Aniston and Justin Theroux are still engaged, and showing no signs of getting married. Heck, even George Clooney got married first! How can we live in a world where Rachel from Friends is going to follow a womanizing Hollywood star down the aisle? Of course, Jennifer’s relationship with Justin could have just been one giant scam to cover up the fact that she doesn’t care about marriage or kids or starting a family, or any of the other things that the public wants her to care about. This way, she gets to tell the media to shut up about her spinster future, and Justin gets a nice publicity boost. And so long as that arrangement continues, why should they get married? In that scenario, Jennifer’s team can leak all the Justin Theroux anti-commitment rumors that they want, but it’s Jennifer that comes out looking ridiculous for supposedly sending her fiance to a COMMITMENT CAMP.