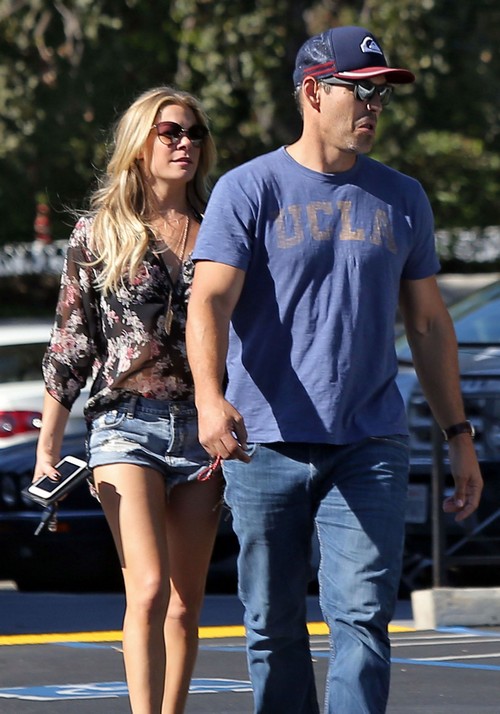 There is no love lost between LeAnn Rimes and Brandi Glanville, especially after their years of feuding and backstabbing and passive-aggressive Twitter battles. However, a new report from OK! Magazine claims that LeAnn Rimes and Eddie Cibrian have been forced to play nice to Brandi Glanville, for help in defending the lawsuit from their former housekeeper, Gloria Cevallos.

Gloria Cevallos was unceremoniously fired by LeAnn and Eddie after she became entangled in their personal matters, and she’s now suing them for back payments and loss of salary. But OK’s source claims that LeAnn and Eddie believe that if Brandi is publicly nice to them, it will somehow help them in court. Seriously, do these people even understand how lawsuits work?

Just because Gloria used to work for Brandi Glanville when Brandi was still married to Eddie, does NOT mean that Brandi’s testimony will make a lick of difference in court. LeAnn Rimes and Brandi Glanville have been enemies for way too long for the court to actually call upon Brandi as a witness, and even if they do, Brandi’s support wouldn’t really mean anything.

Now, if they want Brandi to get on the stand and have her stand up for them, that’s a different matter. But I think it’s going to take Eddie and LeAnn doing more than being ‘nice’ to Brandi for that to happen. In fact, hell will probably freeze over before Brandi willingly puts herself forward to help out her cheating ex-husband and the woman who homewrecked their marriage.

What do you guys think? Will Brandi support LeAnn and Eddie in this lawsuit? And are LeAnn and Eddie going to go out of their way to be nice to her? Let us know your thoughts in the comments below.