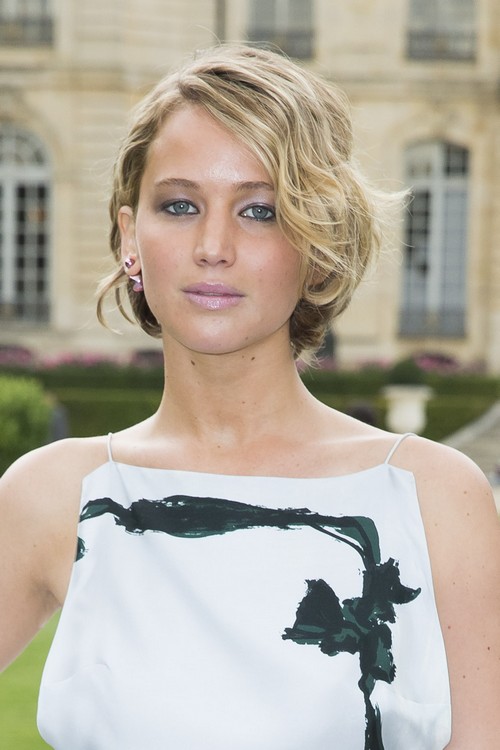 Chris Martin and Jennifer Lawrence only began dating a few months ago, but they’ve already broken up. People Magazine confirmed the news earlier today, but they failed to provide a reason for the split, nor did they have accompanying statements from either Jennifer’s or Chris’ reps.

Many people have been predicting this split for a long time, especially after Chris Martin’s PDA with his ex-wife Gwyneth Paltrow last week. For those who don’t know, Chris and Gwyneth were spotted being extra touchy-feely by TMZ cameras last week, and they even captured Gwyneth tousling Chris’ hair. That’s not the way you behave with an ex-husband, and the video quickly went viral.

We’re guessing that Jennifer found out about it, and she didn’t want to stand in the way of a possible Chris Martin/Gwyneth Paltrow reconciliation. After all, Chris and Gwyneth have two children together, and they have a family. JLaw wouldn’t have wanted to stand in the way of a family reuniting, but now, there’s just the small issue of Gwyneth’s boyfriend, Brad Falchuk. Since Jennifer and Chris have broken up, it’s only a matter of time before Gwyneth and Brad break up. And after that? Well, Gwyneth’s just going to have to make sure that Chris Martin keeps his wandering eye to himself.

Jennifer Lawrence, on the other hand, is better off staying single right now. Her love life has been the topic of intense speculation for the past year, and it’s only increased after the nude photo leak. Since she has promotion for the first Mockingjay film coming up, she should just focus on the work and minimize her presence in the tabloids – all things that have no doubt crossed her mind already, and probably contributed to the breakup with Chris Martin.