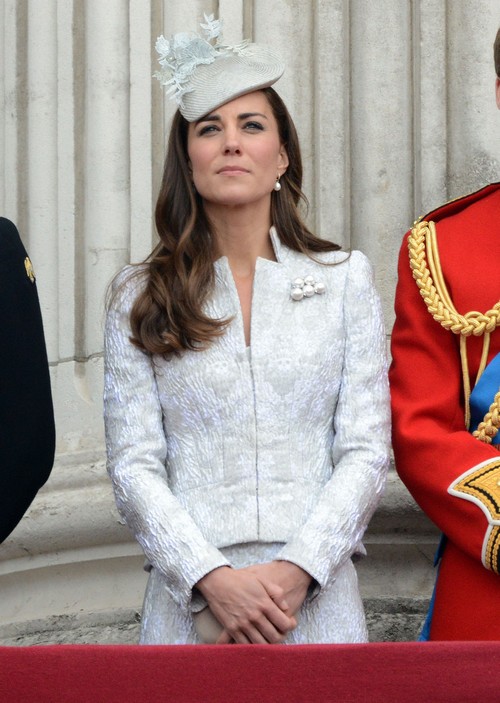 Queen Elizabeth is reportedly not ‘impressed’ with Kate Middleton. So what else is new? The media has been reporting on this rift for a long time now, but we’ve been getting more and more evidence that the royals, in general, don’t think very highly of Kate Middleton.

A recent report from Life & Style suggested that Kate might have been feeling better from her morning sickness, but she was ‘bullied’ into resuming her royal duties before she was fully ready. Life & Style’s source adds, “The queen has been unimpressed at the amount of official business Kate has missed out on. She feels enough is enough, duty comes first and it was time for Kate to step up to the plate.”The source also explains that the Queen’s always had an ‘incredibly strong work ethic’, and she doesn’t understand how Kate can take so much time off from meeting her royal engagements. And even though the source doesn’t specify this, we’ll add it ourselves – Kate Middleton and Prince William are supremely lazy and go on vacation every chance they get, and the Queen [along with the majority of the royal family] probably don’t love it when Kate chooses to be lazy rather than meeting her [very minimal] royal requirements. Seriously, all she has to do is get out of bed, put on something pretty and boring, and go pose for some pictures. Even if you’re feeling shitty and pukey, that’s not a very hard thing to do. But if this story is true, then Kate is whining about being forced into the world before she was ready, and the Queen is not having any of it. The moral of the story? Don’t mess with Queen Elizabeth, y’all.