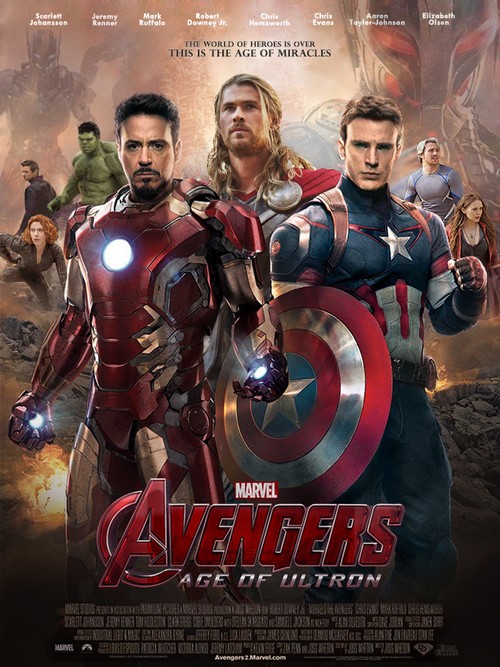 The Marvel guys love to keep things under wrap, and studio insiders have said that heads are rolling over the amount of leaks coming out of the studio over the last few weeks. The latest leak doesn’t come courtesy of a studio person, but rather Idris Elba, who plays Heimdall in the Thor movies.

Idris was recently interviewed by the Telegraph, and he revealed that he and Tom Hiddleston had shot cameos for Avengers: Age of Ultron. He explained, “I’m in Avengers. And I’m doing a scene with Chris Hemsworth [who plays Thor] and Tom Hiddleston [Loki], and they’re like, [whispers] – ‘Aren’t you [meant to be] in Ibiza?’”

In addition to these two, we also know that Hayley Atwell also has a brief appearance, as do members of SHIELD. It’s starting to look like Avengers: Age of Ultron is bringing together a who’s who of the Marvel universe, even though studio heads are undoubtedly pissed that the secrets are being leaked early.

And for those missing Tom Hiddleston’s amazing performance as Loki, we have some great news. Not only will he play a major role in the third Thor film, but he’ll reportedly have a part in the third Avengers film, Avengers: Infinity War. Technically, this Avengers is being split in two, but Tom will allegedly be there for both movies, albeit in a much more minor part than he was in the first Avengers. Granted, there are going to be so many characters to fit into the third Avengers that I’m not really sure how Joss Whedon is going to pull this off, but if nothing else, it will at least be interesting.