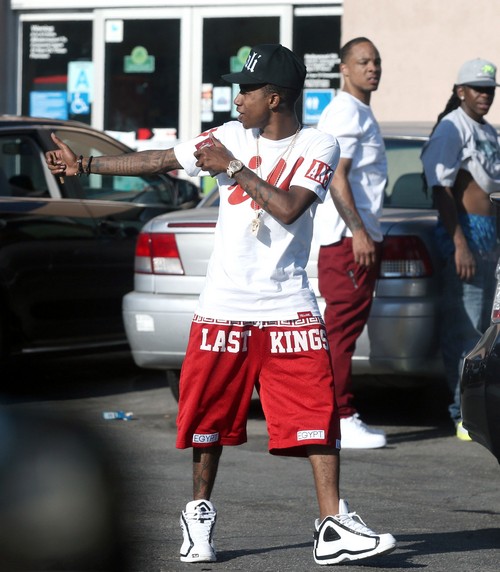 Disney actor and former Dancing with the Stars favorite Kyle Massey better be more careful about who he allows brother Chris Massey to invite over to his place, and friends of Justin Bieber should automatically be on the “banned forever” list.

On Friday night, Chris Massey had guests over at Kyle’s place including Bieber-hanger-on Lil Twist. All was well until the two had an argument and Chris kicked Twist out of the apartment. Lil Twist, just 21, quickly turned into Lil Criminal after returning to the apartment with four friends (whose names likely started with “big” instead of “lil”) and proceeded to beat up Chris with brass knuckles. Twist and crew then stole Chris’ wallet and cell phone, and even pantsed the Zoey 101 star reports TMZ. He was taken to a nearby hospital to be treated.

A police report was taken, Chris is pressing charges, and now Twist is a felony suspect for robbery and battery. Pretty pathetic that Twist let an argument get so out of hand. Even more pathetic that he had to go and get his friends to help him. Twist, whose known for….um….we really don’t know…became very close with Justin Bieber for as long as Justin allowed himself to be completely used by the Texas born Christopher Lynn Moore (Twist sounds a little more dangerous). No word yet on what the two were arguing about, but this won’t be Twist’s first run-in with the law as he has been busted for drugs and DUI previously. So, expect Kris Jenner to be setting daughter Kendall Jenner up with this winner very soon.