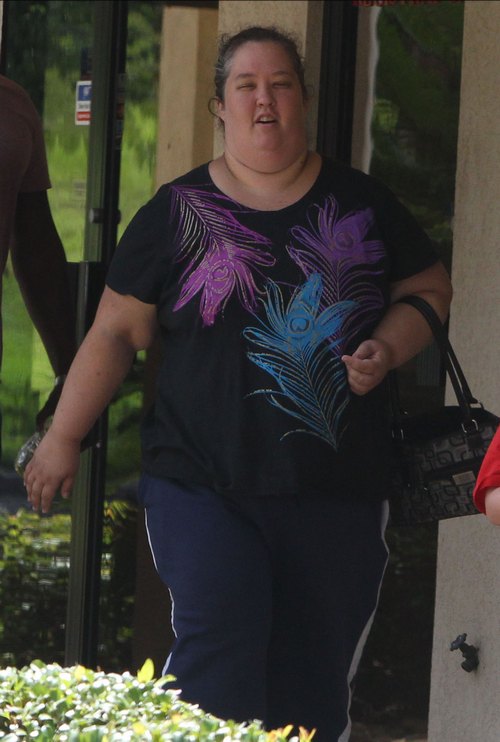 It is a story that no one thought could get any worse but, sadly, it has. Fans of the show Here Comes Honey Boo Boo and mothers everywhere were in shock and beyond disgusted after learning that family matriarch, Mama June, had cheated on her current husband with convicted child molester and former boyfriend Mark McDaniel. To make matters unbelievably worse, the child he molested was none other than Mama June’s eldest daughter Anna “Chickadee” Cardwell, and not only has Mama June let the sicko back in her life, she is allowing him around her daughters, who still live at home.

Cardwell recently shared that she told her mom about the abuse at the time it was happening but her mother refused to believe her and did nothing. Since that time McDaniel has served 10 years in prison, getting out in March to a waiting mama June who began showering him with gifts! Now, this sad story has taken an even more pathetic turn as reports have surfaced that McDaniel may have fathered Lauryn “Pumpkin” Shannon. Those who have been following the story with us may recall that the investigation revealed that McDaniel forced Lauryn, while only about three years old, to watch as he forced sex on Anna.

Despite knowing this, Mama June has not only allowed this monster back into their lives, but she is working overtime to convince Lauryn that McDaniel is her father—likely so that she can use the fact that he is Lauryn’s father as an excuse for spending time with him. Whether or not Mama June is lying about Lauryn’s father, there is absolutely no reason he should be anywhere near the family.

In an interview on ‘Dr. Drew on Call‘, Anna shared that her sister has turned against her and is standing by her mother, “That was supposed to be her so-called father or whatever it is,” she explained about Lauryn and McDaniel. “Out of all the kids we have, Mama does not know who Pumpkin’s daddy is.” Sadly, Anna shares that Mama June’s only concern is about herself and her declining health as a result of the stress “she is suffering” from the subject of the abuse being brought up.

The pathetic excuse for a mother has chosen her child molester boyfriend over her own daughter and has now turned daughter Lauryn against Anna as well. June would be happy if Anna just went away. She only wants to be with McDaniel, and with Anna around, she feels they cannot move forward.

HHers…don’t you agree that June should have a cell right next to McDaniel and we need to lock them both up and throw away the key? Tell Mama June exactly how you feel below!