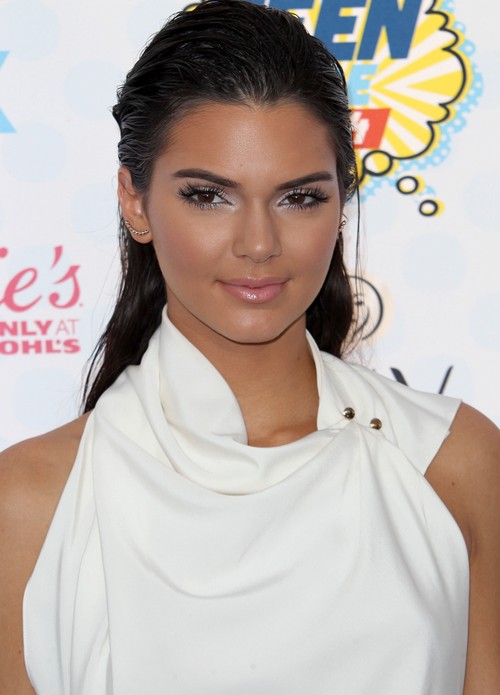 What has our world come to? Kendall Jenner is the new face of Estee Lauder, which is a brand that was once reserved for movie stars and A-list celebrities. And now, Kendall Jenner of the Kardashian famewhore family is besmirching the brand’s good name.

Of course, Kendall Jenner has already begun humble-bragging about the honor, telling People, “It honestly feels like a dream to represent such an iconic beauty brand — it is an incredible honor and quite humbling. I found out when I was backstage at Paris fashion week, and all this time I’ve had to keep the news top secret. I am so excited to share it now and be part of Estée Lauder.”

So following by that playbook, it means that the company executives truly believe that utilizing Kendall Jenner as their model will bring in the Kardashian fan base. I don’t think they realize that the Kardashians don’t really have a fan base, per say, just a devoted set of Internet promoters and PR people that work tirelessly to keep the Kardashians in the media.

In the end, it’ll come back to bite them in the ass, this campaign with Kendall. She can model, sure, but she’s not nearly established enough to wipe the Kardashian stench off her aura.