Kim Kardashian Bum Has Been Increased, According To Top Plastic Surgeons 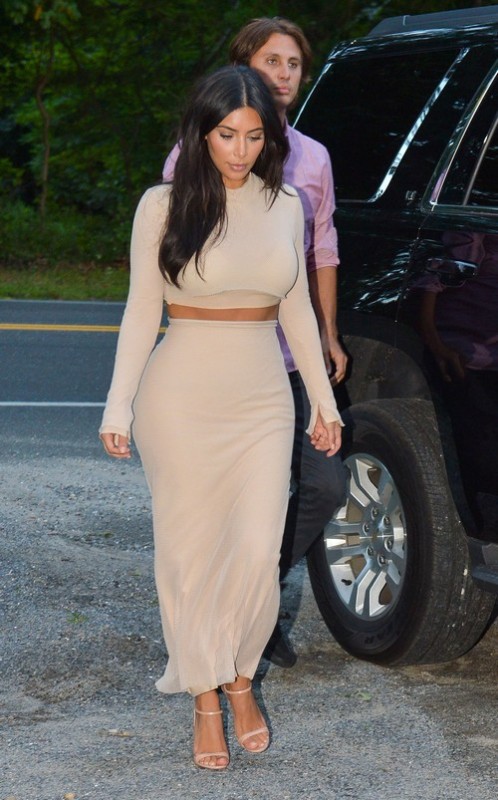 In the most obvious news of 2014, top plastic surgeons have weighed in and concluded that Kim Kardashian’s butt has to be fake. Um, duh.

Apparently, it was Kim’s nude Paper Magazine photo shoot that tipped them off. See, Kim Kardashian posed buck naked for Paper Mag – both full-frontal and full-rear – and these plastic surgeons noted how… well, plastic she looked in those images.

For one thing, her waist to butt ratio was practically alien, and for another, her body fat ratio was almost non-existent. Now, discounting photoshop, the only way to achieve that look is through plastic surgery. The surgeons would do a butt lift, but remove the fat from your waist, thighs, and other fatty deposits to inject into your butt.

In other words, Kim Kardashian’s butt is DEFINITELY fake! Granted, we could have said this a long time ago, without nearly this much theatricality. Everyone already knows that everything about the Kardashians – and in particular, Kim Kardashian – is fake, and this is just an additional confirmation.

Plus, the plastic surgeons can accuse Kim Kardashian of having plastic surgery, but it won’t make a difference until Kim herself admits it. Even then, it might not even make a difference. It’s not like Kim or her family are bastions of holding themselves back from getting plastic surgery, since almost every single member of their family has gone under the knife at some point. However, that also means that Kim Kardashian can’t really lie about this, since we seem to have empirical evidence to prove.