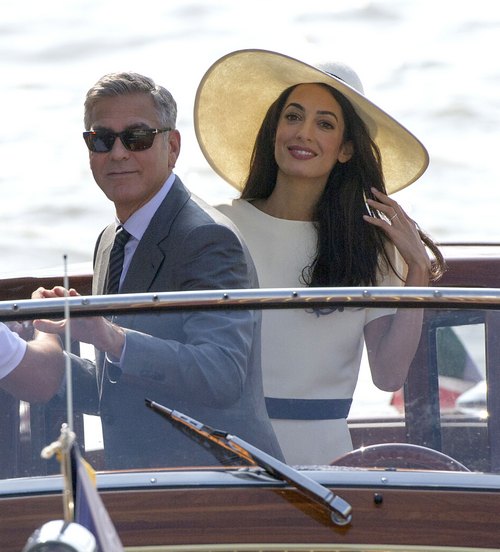 Women’s Day Magazine was the first to report this story, claiming that George and Amal were planning to adopt a child from a war-torn, third-world country. A source added, “George and Amal want to use an adoption to highlight the plight of orphans in countries like Syria.”

Of course they do. This has nothing to do with the recent spate of reports putting Amal and George in a bad light. I’m sure they are doing this out of the kindness of their heart…

Honestly, they probably are doing it out of the kindness of their hearts. George Clooney is considered an older gentleman now, and Amal ain’t exactly in her twenties. While they might also try for biological children, they might figure that adoption is their only chance right now – especially if they want to have a kid quick.

And this way, George Clooney will be following in Brad Pitt’s footsteps, and they can all start a study group for their children together.

In all reality, it’s wonderful that George Clooney cares enough to actually adopt a kid from a war-torn country. He’s admitted that the topics are very close to his chest in the past, but actions speak louder than a thousand words.

What do you guys think? Will George Clooney and Amal Alamuddin end up going through with the adoption? Let us know your thoughts in the comments below.