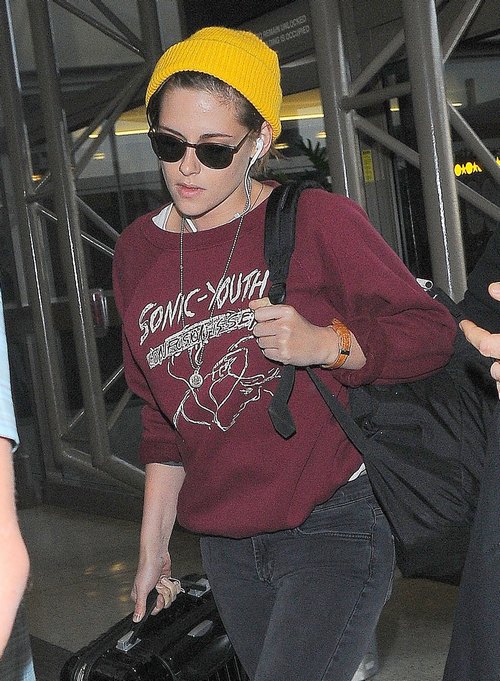 Kristen Stewart has had some shitty luck with her romantic life in the past two years, especially after her last breakup with Robert Pattinson. For one thing, she literally just had a nip slip in front of the entire industry [including Rob] during the Hollywood Awards last weekend.

In addition to that, it seems like nobody’s willing to take a chance on her – whether career-wise or girlfriend-wise. She’s not landing big blockbuster or franchise roles anymore, and no A-list celebrity wants to be caught dead dating her.

There were a few rumors about Kristen being a lesbian with her BFF, Alicia Cargile. There were then even more rumors about her possibly dating her Equals co-star, Nicholas Hoult. And although Kristen was spotted with both Nicholas and Alicia quite a few times, everyone just assumed that they were boning – that’s how transparent Kristen’s love life had become.

Plus, sources close to Kristen have since denied rumors of her hooking up with Nick and Alicia, for what it’s worth. Instead, they have simply stated that she’s a professional, and she wouldn’t do that to Nick. Um. Have they forgotten how Kristen met Robert Pattinson? They were also ‘professionals’, i.e. co-stars working on Twilight together. Clearly, we all saw how that turned out, no matter how much in denial they were or how much they wanted to hide it from the media.

So of course, a new report from Hollywood Life claims that Kristen has sworn off men and dating completely. Their source explains, “She knows all too well the complications that come with fame and being in a relationship that’s scrutinized by the public. She won’t do that to herself again — at least not for the time being… Rob will forever be her true first love and she doesn’t feel the need to find a replacement.”

What do you guys think? Will Kristen find a replacement boyfriend soon? Let us know your thoughts in the comments below.