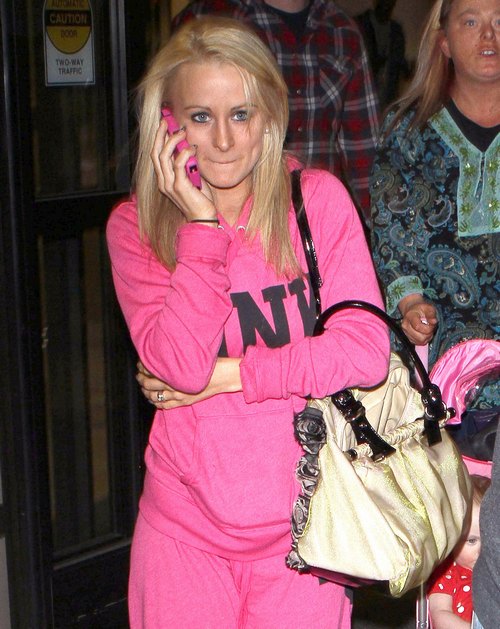 Though a month has passed since the big cheating scandal was unveiled when Teen Mom’s Leah Messer’s hubby, Jeremy Calvert, accused her of cheating with an ex via social media, it doesn’t seem time healed any wounds here. Calvert aired the couple’s dirty laundry publicly to embarrass Leah because he was so heartbroken over finding out his wife was cheating on him with the same ex she cheated on her first husband with.

The couple has not officially announced a divorce, but if Leah’s recent tweets are any indication, the big announcement may be right around the corner. Leah Messer tweeted to fans, “Everyone keep me in your thoughts and prayers today!” with the hashtags #nervous and #bigdecisions immediately following. The young mother of three went on, “Failure does not mean that you’ll never get what you want, sometimes failure means that you have to fight harder for something better.”

Leah wants to retain her marriage, and regrets her mistakes, but she just can’t seem to get her life together. She is so overwhelmed with responsibilities from having three kids, one of whom is disabled, that she self-medicates. When she is not herself, and using drugs to cope, she ends up doing reckless things. She doesn’t think about who it hurts until after the damage is done.

Leah’s big decision dilemma may be whether or not she should cut ties with her hubby as he hasn’t yet forgiven her and now doesn’t trust her at all. Leah replied to a fan stating that her hubby is working 7 days a week, out of town. Sounds to us like he has more or less given up on the marriage and is just waiting for Leah to pull the plug. As much as he hates her for what she has done to him and their family, he knows that divorcing her now may take her down an even darker path as she is in the process of fighting for custody of her 4-year-old twins with ex Corey Simms. Calvert doesn’t want to be with her any longer, but he doesn’t want her to go off the edge as he wants her to be in their child’s life.

Stay tuned, because this messy situation will likely get a little messier with a divorce announcement soon. Calvert is simply waiting for the right time.

What do you think CTLers? Should Jeremy and Leah try to work things out? Is Leah better off on her own for a while? Weigh in below!