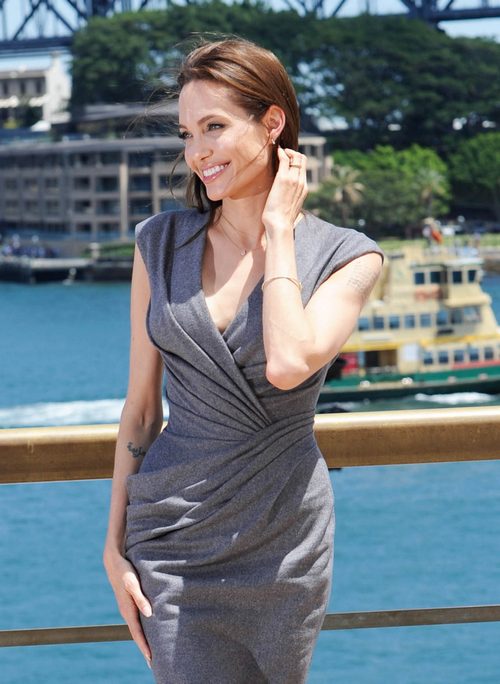 Angelina Jolie is extremely close to retiring from acting completely, especially since she’s now found a career much more fulfilling to her: directing.

Angelina has been promoting her second directorial effort like there’s no tomorrow, which makes sense – ‘Unbroken‘ [from Universal Studios] is an extremely big-budget studio feature, and it comes with all the expectation and pressure of carrying such a film. And if the film fails, it’s all on Angelina Jolie’s shoulders.

Of course, she knows this, and she’s pulling out all the stops to promote the movie. As such, Angelina and ‘Unbroken’ co-star, Jack O’Connell, cover the latest issue of Du Jour Magazine. However, the interview might be disappointing to anybody who considers themselves a fan of Angelina Jolie as an actress.

She explained, “I’ve never been comfortable as an actor; I’ve never loved being in front of the camera. I didn’t ever think I could direct, but I hope I’m able to have a career at it because I’m much happier.”

Well, at least she’s not still harping on about quitting the film industry. That would truly be a tragedy, all things considered. Angelina Jolie and Brad Pitt are still scions of the film industry, and they would be sorely missed if they just decided to up and quit.

Either way, Angelina could just be using this as a way to promote ‘Unbroken’. The film’s already set to do really well, but this would just add to the curiosity factor.