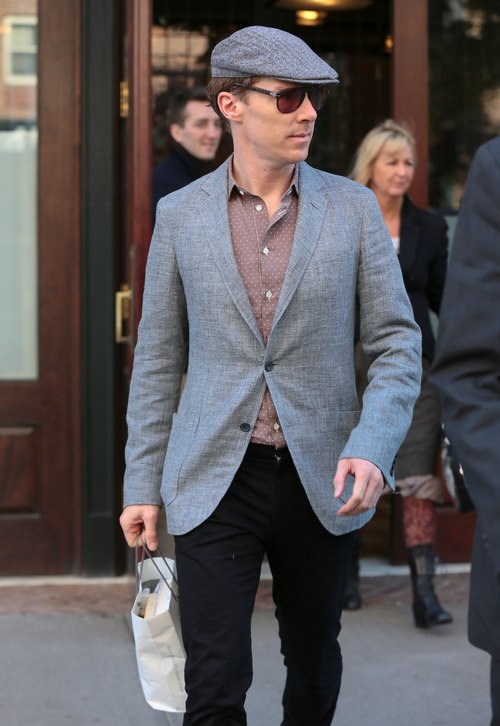 Benedict Cumberbatch and Sophie Hunter are engaged, much to the chagrin of millions of Cumberbitches everywhere. However, it’s been interesting because Benedict Cumberbatch has always prided himself on keeping his private life separate from his career in the film industry, and he’s been forced to answer question after question about his engagement.

In a very extensive Vogue interview, in a very Benedict Cumberbatch way, he explained, “I sometimes worry about the currency surrounding the furor—the Internet, the teens. I’m careful that it doesn’t obscure other things that I care about.”

He admits that he’s ‘very happy’ with Sophie Hunter and the engagement, but refuses to say anything else. Oh, Benedict Cumberbatch. Forever the tease.

Anyway, ‘Sherlock‘ fans shouldn’t be shocked by Benedict’s reticence to talk about his relationship. Ben has increasingly shied away from the spotlight after Sherlock’s unprecedented and phenomenal success, and the last two years must have made things doubly difficult for him. Granted, he’s still working steadily and continuing to land prestige pictures, and plus, he managed to convince the entire world that he was single for the longest time. There were rumors of a secret girlfriend, sure, but nobody even knew Sophie Hunter’s identity until a few months ago.

So what do you guys think? Will Benedict Cumberbatch’s fans come to accept his place in this new world? Or is absolutely everyone living in delusion? Some people even think that Benedict’s engagement is just one big ploy to land an Oscar nomination, and possible win. Do you agree? Let us know your thoughts in the comments below.