FKA Twigs Claims She Doesn’t Want To Be Famous – Is She Lying? 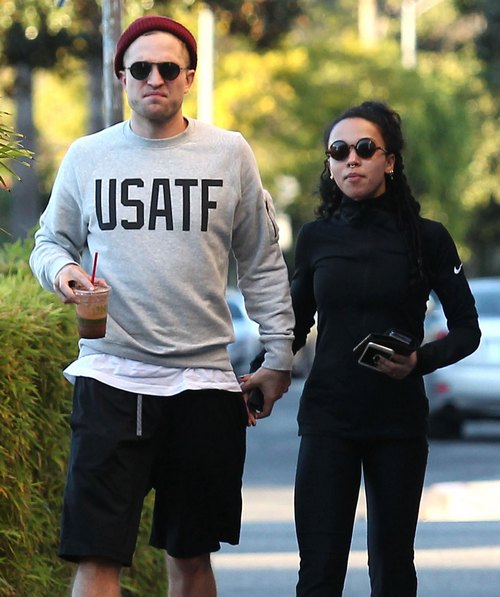 FKA Twigs doesn’t want to be famous, ya’ll. She has gone on the record saying that she hates being recognized, she hates being famous, and she just wants to be known for her talent and music, not her relationship with Robert Pattinson. Ok, she doesn’t say that last part, but I imagine that’s what she meant.

FKA Twigs told Rolling Stone Magazine, “I don’t want to be famous! It makes me feel sick, the thought of being a famous person. It’s just not me. I’m the happiest when I’m in the studio, not on a beauty parade. I’m not thirsty. I’m not a pop star. I don’t want to reign over all forever.”

I don’t know man, it sounds eerily like Kristen Stewart to me. I don’t want to accuse FKA Twigs of imitating Kristen Stewart to get on Robert Pattinson’s good side, but I think she knows how to milk her pre-calculated image for maximum benefit. She knows exactly what Rob likes, and she’s playing up that part of herself – the rebel with a don’t care attitude – to appeal to him.

Anyway, it’ll be interesting to see how FKA Twigs and Robert Pattinson end up. Will they last? FKA Twigs’ career has already gotten a phenomenal boost from dating Robert Pattinson, and I imagine there’s only way one to go now. Of course, I don’t want to call Robert Pattinson stupid or anything, but does he realize he’s being used by his girlfriend? Maybe he just doesn’t care. After all, he’s continuing to follow her around the country like a lovesick puppy.

What do you guys think of FKA Twigs’ comments? And do you think Rob and FKA will even last? Let us know your thoughts in the comments below.